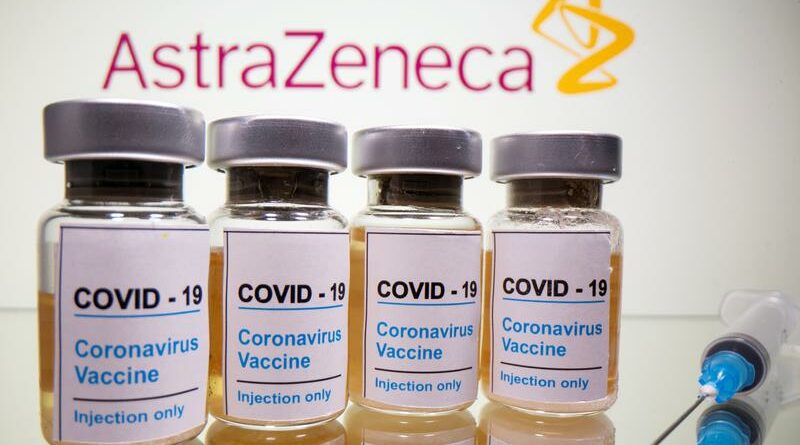 MUMBAI/BENGALURU (Reuters) – India has signed a purchase order with vaccine producer Serum Institute to procure AstraZeneca’s COVID-19 vaccine, a source said on Monday, the first step in one of the world’s largest vaccination programmes against the novel coronavirus.

FILE PHOTO: Vials with a sticker reading, “COVID-19 / Coronavirus vaccine / Injection only” and a medical syringe are seen in front of a displayed AstraZeneca logo in this illustration taken October 31, 2020. REUTERS/Dado Ruvic/Illustration/File Photo

Local television channel CNBC-TV 18 said the order was for 11 million doses and the government would buy the shots at 200 rupees ($2.72) per dose.

Representatives for Serum, Bharat Biotech and India’s health ministry did not immediately respond to Reuters requests for comment.

India aims to secure 600 million doses for its vaccination drive that aims to inoculate 300 million citizens over the next six to eight months. The programme is expected to begin on Jan. 16.

India’s drug regulator had given emergency use approval for both vaccines earlier this month. Two other vaccines – Zydus Cadila’s ZyCoV-D and Russia’s Sputnik V – are still in trials in India.

Meanwhile, the government’s decision to approve the homegrown Bharat Biotech vaccine has met with criticism from health experts for the lack of data showing its efficacy.

At nearly 10.5 million, India has the world’s second highest number of novel coronavirus infections behind the United States, although its rate of increase in cases has been slowing.

The Fed Has a Problem With Its Approach to Inflation Targeting