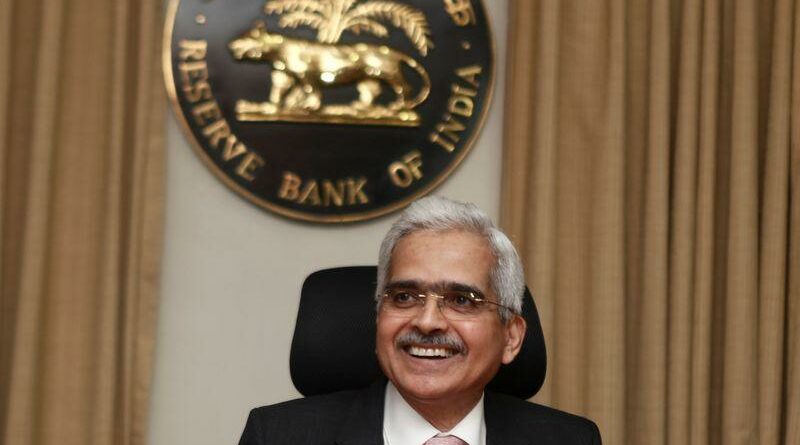 MUMBAI (Reuters) – A revival in India’s economic activity should continue “unabated” despite a recent surge in coronavirus infections in many areas, the chief of the Reserve Bank of India said on Thursday.

Central bank governor Shaktikanta Das called the increase a “matter of concern” but said India was better prepared to tackle the situation. With a vaccination drive underway, he added, the stringent lockdowns imposed last year might not be needed.

“The revival of economic activity which has happened should continue unabated going forward,” Das said in comments to the Times Network’s India Economic Conclave in the Indian capital.

“This time around we have some additional insurance against the impact of the COVID-19 pandemic.”

Das said he did not foresee any downward revision in the growth forecast of 10.5% for fiscal year 2021/22, based on preliminary data, but final projections are to be published on April 7 after a review by the monetary policy committee.

India added 53,476 COVID-19 infections on Wednesday for the highest daily rise since Oct. 23, the health ministry said. Its tally of 11.8 million infection ranks India third-highest worldwide after the United States and Brazil.

The central bank chief emphasised again the need for an orderly evolution of the government bond yield curve, saying it could otherwise be an impediment to economic recovery and also raise corporate borrowing costs.

Das said there was no fight between the central bank and the bond market and the two should continue to be co-operative and not combative.

Bond yields have traded with an upward bias after the government announced a higher-than-expected borrowing programme in the budget in early February.

Das reiterated the central bank support for the market through open market operations and other measures, to help the smooth execution of the borrowing programme.

Regarding forex reserves and the RBI’s intervention in the currency market, Das said the central bank had endeavoured only to keep the currency stable, with reserves being built to avert a situation similar to the “taper tantrum” of 2013, when India faced massive outflows.

India’s forex reserves of $582.04 billion, now the fourth largest in the world, cover more than 1-1/2 years of imports.

Recently concern has been expressed at the need for such high reserves, which add to the RBI’s holding costs and do not necessarily yield sufficient returns.

“Internally, we have no such target of reaching a particular level of forex reserves,” Das said.

“It depends on so many factors, how the international situation develops. It is a very dynamic world and we will have to deal with it as the situation unfolds.”