CARACAS, June 1 (Reuters) – A London court next month will hold hearings in a dispute between Venezuela’s government and opposition over control of gold held in the Bank of England, the head of the South American nation’s central bank said on Tuesday.

The English Court of Appeal in October set aside a previous decision which concluded that opposition leader Juan Guaido was Venezuela’s legitimate leader, in a victory for the government of President Nicolas Maduro.

The ruling sent the case back to the High Court for it to determine more definitively which of the two rival leaders is in charge.

“We are currently waiting for these hearings to take place, they should take place next month, the end of next month,” said Calixto Ortega in a virtual forum held by Venezuela’s Foreign Ministry.

“The reality in Venezuela is that there is only one government, which is led by President Nicolas Maduro.”

The central bank last year sued the Bank of England to recover control of gold stored in the BoE vaults, which it has said it will sell to finance Venezuela’s response to the coronavirus pandemic.

The BoE refused to release the gold after the British government in early 2019 joined dozens of nations in backing Guaido on the basis that Maduro’s election win the previous year had been rigged.

Guaido’s press team did not immediately respond to a request for comment.

Venezuela’s opposition has alleged that Maduro wants to use the money to pay off his foreign allies, which the government denies.

Home prices near record even as mortgage applications drop 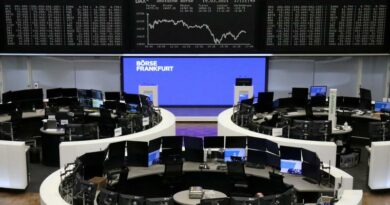