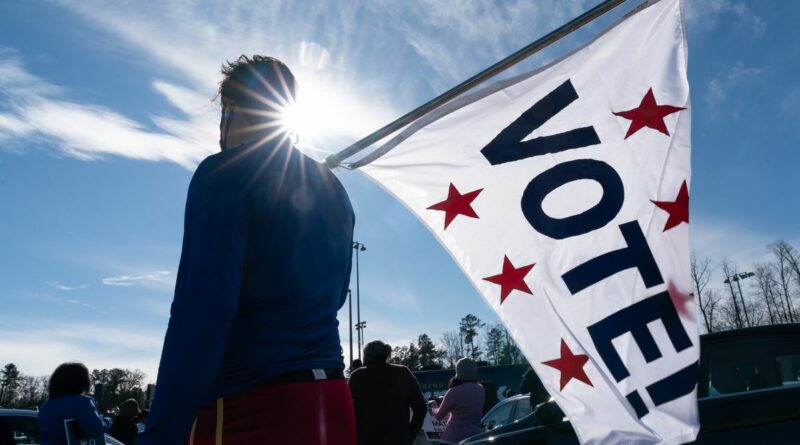 While the relentless spread of the coronavirus drove the equity market lower on Monday, there were also signs investors are preparing for a greater possibility that Democrats will gain control of the U.S. Senate.

A Goldman Sachs basket tracking stocks that should benefit from Democratic Party policies performed better than those expected to be harmed. And even as the S&P 500 plunged, the Invesco Solar ETF — thought to benefit from President-elect Joe Biden’s energy policy — rose more than 2%. Bond-marketinflation expectations climbed to the highest since 2018, and options traders piled intoprotection against rising yields.

Underlying the moves is the belief that if Democrats prevail in Tuesday’s runoff elections in Georgia and take control of the Senate, Congress will deliver a bigger emergency aid package than it would under a divided government. That scenario could drive inflation higher, the thinking goes, pushing up Treasury yields and breathing life into economically sensitive stocks. Though all major indexes fell on Monday, cyclical sectors like energy and consumer discretionary stocks outperformed.

“Democratic control of the Senate should be viewed as increasing the risks of higher inflation,” said Sameer Samana, senior global market strategist at Wells Fargo Investment Institute. “Higher inflation expectations may portend better pricing power for a lot of cyclical businesses that we see playing a much larger role in 2021.”

Yet a too-quick pickup in inflation also could put upward pressure on interest rates and hasten the withdrawal of Federal Reserve stimulus. The 10-yearbreakeven rate — a proxy for expected consumer price increases based on yields on inflation-linked Treasuries — rose to 2.01% Monday, a level last seen more than two years ago, data compiled by Bloomberg show.

Meanwhile, supply disruptions stemming from the pandemic caused manufacturers’ input prices to climb last month at the fastest pace since 2018 and their selling prices to soar at the quickest rate since 2011, IHS Markit said in its purchasing managers indexreport on Monday.

“With the Fed likely to keep rates near zero, the yield curve could steepen significantly” if the Democrats sweep the Georgia elections and follow through with tax proposals, Dennis DeBusschere, head of portfolio strategy at Evercore ISI, said in a note to clients on Monday. “The yield curve is likely to steepen as the economy normalizes, supported by strong housing and the negative real rate backdrop.”

Anxiety over a blue sweep of Congress that allows Biden to “aggressively” implement higher taxes to pay for fiscal aid could help explain why stocks sank on Monday, DeBusschere wrote.

Some options traders are evidently bracing for such a scenario. Near-term put spreads on the $19 billion iShares 20+ Year Treasury Bond ETF (tickerTLT) and the $58 billion iShares Russell 2000 ETF (tickerIWM) were in high demand on Monday. Those moves “appear to be positioning for a Dem sweep in Georgia,” Susquehanna International Group co-head of derivatives strategy Chris Murphy wrote in a note Monday.

The runoffs in Georgia were triggered after no candidates for the state’s two Senate seats clinched a majority of the vote. Predictions markets are expecting a close race, with trading on PredictIt.com signaling the probability of a Democratic-controlled Senate has risen to 48% from just 25% two weeks ago. The implied probability of a Republican Senate has dropped to 53% from 76% in late December.

As the stock market was gripped with selling on Monday, the Cboe Volatility Index jumped as much as 6.4 to 29.19 — the highest on a closing basis since the day after Election Day in November. The toss-up nature of the race has inflated the S&P 500’s 30-day implied volatility relative to its realized volatility — a spread that should collapse in the aftermath of the vote, Murphy wrote.

The run-off elections — and the potential for contested results that could delay the determination of who won for days — “is the major event propping up implied volatility,” Murphy wrote.

“I would expect implied volatility levels to decrease — as well as an increase in realized volatility around that event — and the ratio above to compress after that event,” he wrote.

— With assistance by Lu Wang 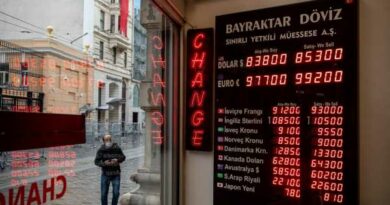