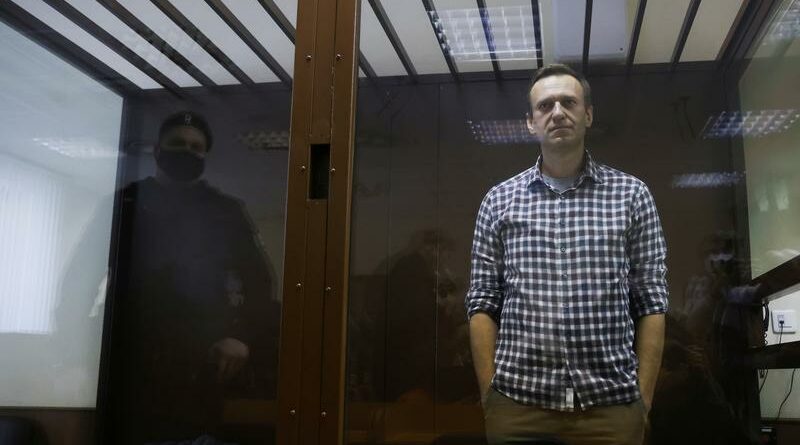 MOSCOW (Reuters) – An ally of jailed Kremlin critic Alexei Navalny said on Monday she was braced for bad news on the health of the hunger-striking opposition politician when his lawyers see him again, after they were kept away over the weekend.

Navalny, a prominent opponent of Russian President Vladimir Putin, started refusing food on March 31 in protest at what he said was the refusal of prison authorities to provide him with adequate medical care for acute leg and back pain.

“We don’t know what happened to him over the weekend because the lawyers aren’t allowed to visit him then. I hope we will get some news today but I’m very afraid to receive bad news,” his ally, Lyubov Sobol, told Ekho Moskvy radio station.

“I think there is no hope we will receive good news about his health today. I think his state is really very close to critical, close to being very grave. Twenty days on hunger strike – that is an awful lot.”

Navalny’s allies said at the weekend his life was hanging by a thread, and announced plans for what they hope will be the largest protests in modern Russian history on Wednesday.

strains in Russia’s ties with the West. U.S. President Joe Biden’s national security adviser Jake Sullivan said on Sunday that the government had told Russia “there will be consequences” if Navalny dies in prison.

“We make the Russian authorities responsible for the health situation of Mr Navalny,” Borrell said in a video statement.

A medical trade union with ties to Navalny said on Saturday he was in a critical condition, citing medical tests which it said showed that Navalny’s kidneys could soon fail, which could lead to cardiac arrest.

A regional opposition politician, Lev Shlosberg, said on Facebook that more than 20,000 people had signed an online petition demanding “access for competent doctors to Alexei Navalny and the release of all political prisoners in Russia”.

Navalny has said prison authorities are threatening to put

him in a straitjacket to force-feed him. Russian authorities accuse him of exaggerating his medical condition to grab attention, and of refusing prison medical care. They have pledged to ensure he survives.

Navalny travelled to Germany last August for treatment after being poisoned by a nerve agent in an attack he blamed on Putin. The Kremlin has said it has seen no evidence he was poisoned

and has denied any Russian role if he was.

He was arrested in January when he returned to Russia and jailed for 2-1/2 years in February for parole violations he said were fabricated.

In Tibet, China preaches the material over the spiritual