Home » Markets » Novavax CEO: COVID-19 booster to be 'biggest market' in US

Novavax President and CEO Stanley Erck on its’ vaccine being 90.4% effective in a clinical trial and and why the booster shot will be its’ ‘biggest market’ in the U.S.

Novavax’s CEO said he believes boosters will be the company’s "biggest market" in the U.S. once it receives regulatory approval for its COVID-19 vaccine.

"That’ll be probably our biggest market in the U.S. for instance, late this year or next year we expect that it’ll have all the great characteristics of a good boost," said CEO Stanley Erck during an appearance on FOX Business’ "Varney & Company" hours after the biotech company announced that its vaccine was found to be over 90% effective in a clinical trial.

Erck noted that the timing of the trial saw nearly all infections detected stem from variants, which helped prove effective against strains currently gaining ground in the U.S. and elsewhere including the Alpha and Delta types.

"The vaccine works, and as they said 93% if you look at just the variants, the vaccine was 93% effective and that’s just terrific I think," he said.

Shares rose on the developments while other vaccine makers were mixed.

Following approval, Erck said the company will likely focus on supplying countries outside of the U.S., including fulfilling agreements already made with Canada, Australia, and another to send 1.1 billion doses to COVAX, the COVID-19 Vaccines Global Access program.

Erck added that the company is already involved in a comparative mix and match trial in the U.K.

The trial is evaluating safety and effectiveness of vaccine regimens that may include two doses of a mRNA jab and later involve a boost made by a different company.

"We expect our vaccine to show the most benign side effects and I think we’re going to look good there," he said. "The boosting story is going to be around for many years to come." 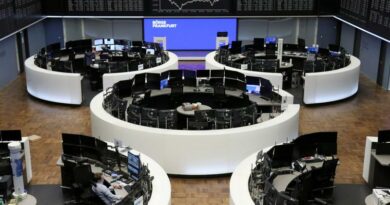 Amazon's cloud service back up after widespread outage

The Hottest Hedge-Fund Strategy Is Facing an Existential Crisis