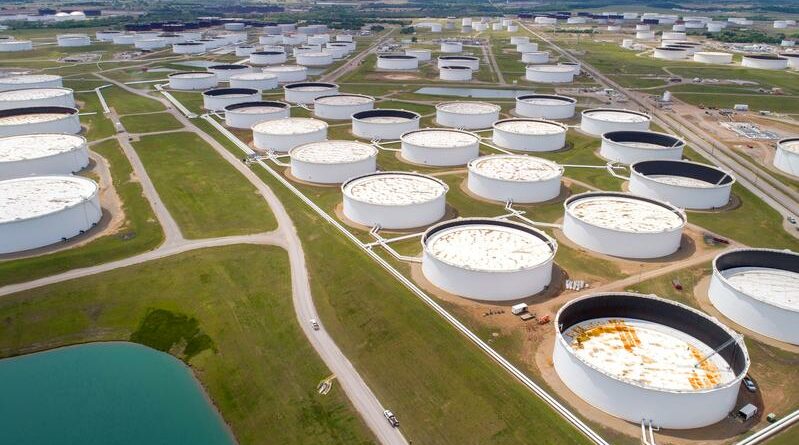 TOKYO (Reuters) – Oil prices fell on Thursday after official figures showed a big increase in U.S. gasoline stocks, causing concerns about demand for crude weakening in the world’s biggest consumer of the resource at a time when supplies around the world are rising.

While crude stocks in the United States fell more than forecast by analysts, gasoline inventories jumped sharply, also against expectations, the Department of Energy said on Wednesday.

“Refiners may want to pull back on the run rate a bit to keep gasoline storage from challenging the all-time record,” said Bob Yawger, director of energy futures at Mizuho Securities.

At the same time, supply is rising across the world with Russian output increasing from average March levels in the first few days of April, traders said.

Iran may see some sanctions lifted and add to global supplies, with the U.S. and other powers holding talks on reviving a nuclear deal that almost stopped Iranian oil from coming to market.

Still, the International Monetary Fund said earlier this week that the massive public spending deployed to combat the COVID-19 pandemic may increase global growth to 6% this year, a rate not achieved since the 1970s.

Higher economic growth would boost demand for oil and its products, helping to reduce stockpiles.

Chipotle's investment in digital paid off during Covid-19

Would Trump quit? One Wall Street firm looks at the potential and its market ramifications