Oil held around the mid-$38 per barrel area as rising coronavirus cases and fading hopes for a pre-election stimulus deal in the U.S. compounded a gloomy demand outlook.

Futures in New York were up 0.2%, after dropping 3.2% on Monday. House Speaker Nancy Pelosi and Treasury Secretary Steven Mnuchincontinued talks on a virus relief package Monday, but investors are giving up hope for a fiscal stimulus vote before the Nov. 3 poll and the S&P 500 posted its biggest daily loss in a month. Meanwhile, Europe took a step closer to the strict rules it imposed during the initial wave of the pandemic, while in Texas is opening field hospitals to handle the overflow of Covid-19 patients.

The return of Libyan oil supply is an added headwind for the market. Output has risen to 690,000 barrels a day from less than 100,000 in early September and the country is poised torestart the last of its major oil fields following a cease-fire in its civil war.

Another storm front in the Gulf of Mexico may offer some short-term support to prices. Hurricane Zeta is forecast to make landfall in the Yucatan Peninsula early Tuesday and has alreadyshut in 16% of Gulf oil output.

The prospect of renewed lockdown restrictions is threatening to derail the fragile recovery in consumption. European diesel demand woulddrop by a quarter year-over-year and gasoline demand could fall by 30% over a three-month period under a scenario that models a near-full scale lockdown, according to JBC Energy. Saudi Arabia’s energy minister said at a conference that even though “the worst part is over” for the oil market, OPEC+ muststay vigilant and stick to agreed production curbs.

Other areas of the market are pointing to further signs of weakness for crude. The spread between WTI’s nearest contracts widened to its deepest contango since early September. At the same time, December $40 put options, which profit a buyer from a decline in futures below $40, have traded over 13,600 times on Monday, according to preliminary exchange data. Volatility may in be store for the contract before it expires Tuesday, with $40 put options having over 24,000 in open interest as of Friday’s close. 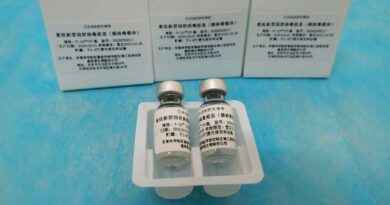