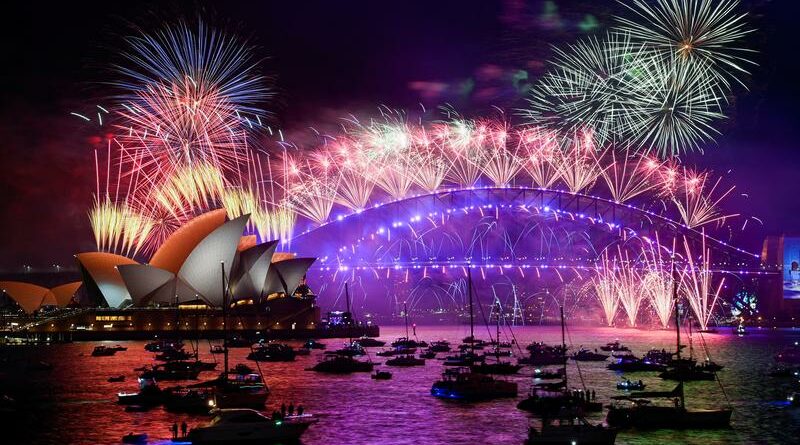 SYDNEY (Reuters) -Twenty twenty-one crept off with farewell celebrations around the world mostly muffled by the pandemic. But good news from South Africa – where authorities lifted a curfew and said Omicron had crested – brought hope for a happy New Year.

The Australian city of Sydney was one place where the New Year charged in with something like full swagger, as spectacular fireworks glittered in the harbour below the Opera House.

But many other landmark cities were forgoing pyrotechnics as midnight rolled across the globe, with displays called off at Paris’s Arc de Triomphe, London’s riverside and the Petronas Towers in Kuala Lumpur.

The golden ball was due to drop at New York’s Times Square, but the crowd shouting out the countdown of the year’s exit would be a quarter the usual size, masked up, socially distanced and with vaccine papers in hand.

Still, South Africa, which first raised the alarm about the new fast-spreading coronavirus variant, gave the world one of the last big good surprises of the year, becoming the first country to declare its Omicron wave had crested – and with no huge surge in deaths. The abrupt lifting of a night time curfew meant celebrations could ring in 2022.

“I’m pretty sure it’s going to be amazing. I’m just hoping that Cape Town goes back to the old Cape Town that we all knew about,” said Michael Mchede, manager of a Hard Rock cafe by the white sands of Cape Town’s Camps Bay Beach, thrilled to find himself getting the place ready to host an unexpected bash.

Nearby, tourist Jochem Verbunt said his hope for 2022 was “that corona will be gone”.

“I’m excited that you don’t have to go back to the hotel. You can roam around on the beautiful beach over here, and let’s see if it brings a party!”

The sudden arrival of Omicron has brought record-setting case counts to countries around the world. Although deaths have not risen in kind, bringing hope the new variant is milder, many countries have reimposed restrictions to prevent healthcare systems from being overwhelmed. Even where gatherings are permitted, many people have chosen to stay home.

At La Querida, a restaurant serving grilled octopus and stuffed peppers in Madrid’s Pozuelo neighbourhood, just four tables out of two dozen were booked for New Year’s Eve. The place had been nearly packed nightly just a few weeks ago before Omicron wiped out business, said head waiter Juan Lozano.

“We all thought… we’d be able to make some money and pay off many things that are overdue,” he said. “The outlook is horrendously bad.”

Wendy Garcia brought her seven-year-old son to the centre of Madrid for a dress rehearsal of the main New Year’s celebration the night before, to give him a taste of the fun he had missed last year but without big crowds.

“It’s a time to be together, to mark a new year and feel that excitement when the bells ring, share chocolates and sweets,” she said.

London’s Big Ben, on top of the Houses of Parliament, was to chime midnight and ring in the New Year for the first time after three and a half years of restoration.

New York’s Times Square celebration, with just 15,000 spectators instead of the usual 55,000 or so, will be a big upgrade from last year’s audience of a few dozen. But with New York State reporting more than 74,000 cases on Thursday and 22% of tests coming back positive, critics wondered whether the celebrations should go ahead at all.

In Los Angeles, the countdown party in Grand Park was called off. Rapper LL Cool J had to step down as a headliner on ABC’s New Year’s Eve telecast after testing positive.

At a Party City shop in Texas, Dana Fenner’s hands were full of hats and horns for a low-key party at home with her husband and three kids.

“Normalcy. I want everything to get back to normal,” she said.

Global coronavirus infections hit a record high over the past seven-day period, with an average of just over a million cases detected a day worldwide between Dec. 24 and 30, some 100,000 up on the previous peak posted on Wednesday, according to Reuters data.

With staff off sick, airlines have had to cancel some flights. More than 2,500 were cancelled globally as of early Friday, including 1,100 involving U.S. airports, according to a tally on flight-tracking website FlightAware.com.

But in the latest good news, a British study of a million cases found that those with Omicron were around a third as likely to need hospitalisation as those with the previously dominant Delta variant. The results were “in keeping with the encouraging signs we have already seen”, said Susan Hopkins, Chief Medical Adviser at the UK Health Security Agency.

In Asia, celebrations were mostly scaled down or called off. In South Korea here, a traditional midnight bell-ringing ceremony was cancelled for the second year and authorities announced an extension of stricter distancing rules for two weeks to tackle a persistent surge in infections.

China here, where the coronavirus first emerged in late 2019, was on high alert, with the city of Xian under lockdown and New Year events in other cities cancelled.

In Secretive North Korea, TV footage showed thousands of people watching fireworks in a square near the Taedong River in central Pyongyang as patriotic music played. 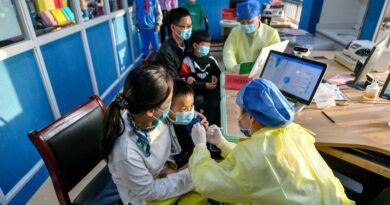 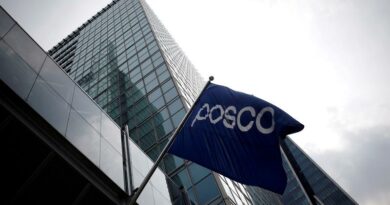