Home » Markets » PRECIOUS-Gold rises on softer dollar, but set for worst quarter in over 4 years

* Dollar edges off near 5-month peak

March 31 (Reuters) – Gold gained over 1% on Wednesday, helped by the dollar’s pullback, but elevated U.S. bond yields still put the metal on course for its biggest quarterly decline in more than four years.

Gold is down over 9% for the quarter and is on track for its worst quarterly performance since end-December 2016.

“As we’ve seen bond yields stabilize and the dollar pull back off its recent highs, we have seen a little move off the lows in the gold market,” said David Meger, director of metals trading at High Ridge Futures.

The dollar edged off a near five-month peak.

“The market is watching to see whether or not the $1,680 support level is going to hold,” said Daniel Ghali, TD Securities commodity strategist.

Bullion is seen as a hedge against inflation, but rising Treasury yields have challenged that status as they translate into a higher opportunity cost to hold bullion.

Russia’s Nornickel,a major platinum and palladium producer, said on Monday it had stopped water flowing into its two major mines in the Siberian Arctic.

The Arctic mine closures have drastically reduced platinum and palladium group metal production and could lead to an even tighter market than previously anticipated, Ghali said. 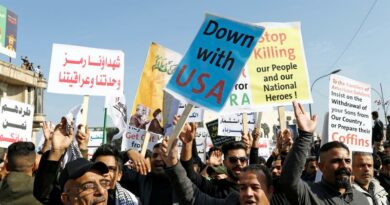