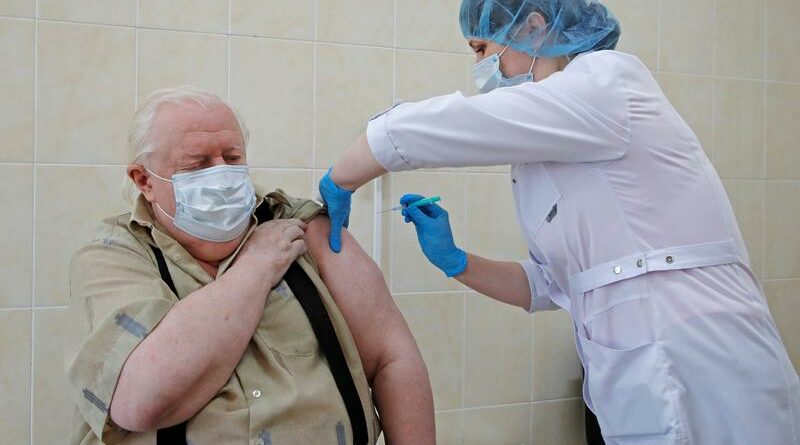 Markets
05/13/2021 coronavirus, health, i..., Russia, US
FILE PHOTO: A man receives a dose of the EpiVacCorona vaccine against the coronavirus disease (COVID-19), developed by the Vector Institute in Siberia, at a local clinic in Saint Petersburg, Russia April 12, 2021. REUTERS/Anton Vaganov

MOSCOW (Reuters) -Russia’s consumer health watchdog on Thursday denied a report that the country had recorded its first cases of the COVID-19 variant first found in India, which some preliminary studies show spreads easily.

The denial from a research institute attached to the Rospotrebnadzor watchdog came after the Kommersant newspaper reported that authorities in Ulyanovsk, a city 700 km (435 miles) east of Moscow, had recorded 16 cases of the variant among Indian students.

“According to specialists, the analysis of the genome of the coronavirus detected in the students does not allow it to be classified as the Indian variant which people are afraid of now,” the watchdog said in a statement carried by Russian news agencies.

Deputy Prime Minister Tatiana Golikova had previously said Russia had not recorded any cases of the variant.

The World Health Organization said on Monday that the coronavirus variant first identified in India last year was being classified as a variant of global concern.

India is in deep crisis in the current wave of COVID-19 infections with around 350,000 cases and 4,000 deaths being reported daily.

US STOCKS-S&P dips on worries about earnings, data, stimulus and election