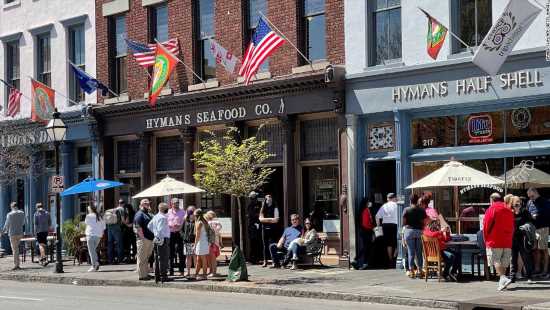 London (CNN Business)The economic recovery in the United States and China is gaining steam, triggering a wave of upgraded forecasts and optimistic commentary. Meanwhile, economists watching other parts of the world are getting worried.

“While the outlook has improved overall, prospects are diverging dangerously not only within nations but also across countries and regions. In fact, what we see is a multi-speed recovery, increasingly powered by two engines — the US and China,” Kristalina Georgieva, the managing director of the International Monetary Fund, said in remarks last week.
Her comments set the tone for a week of virtual meetings at the IMF and the World Bank, where the pace of the Covid-19 recovery will take center stage. Finance ministers from top economies are also set to convene this week at a meeting hosted by Italy.

Georgieva hailed “good news” for the global economy thanks to vaccinations and additional stimulus spending in the United States. She indicated that the IMF will upgrade its global economic forecast on Tuesday. The group last predicted that global growth would hit 5.5% in 2021.

Recent economic data from the United States supports a rosier view. US employers added 916,000 jobs in March, the Labor Department reported Friday. That’s the biggest gain since August and trounced expectations. Investors will get their first chance to react to the report on Monday.

“An American economy about to regain its swagger after a year of pandemic-induced crisis was on full display in the March jobs report,” Joseph Brusuelas, chief economist at RSM US, said in a note to clients.
The job market is still in a hole, with the country down 8.4 million positions since February 2020.
But industries that have been hit hard are showing signs of resilience. Restaurants and bars added 176,000 jobs last month, while state and local education jobs rose by 126,000 as schools started to reopen. Delivery services such as FedEx and UPS, which have benefited from the huge increase in online shopping, added another 17,000 jobs.
The US manufacturing sector is also roaring ahead, with the ISM Manufacturing Index recently posting its best reading since 1983. Consumer confidence is the strongest it’s been in a year. Data on the US services sector is due Monday.
Such stats helped drive the S&P 500 to an all-time high on Thursday, when the index closed above 4,000 for the first time.
Elsewhere, though, slow vaccination campaigns and a resurgence of cases could pose problems.
“There is danger as well,” Georgieva said last week. “Vaccines are not yet available to everyone and everywhere. Too many people continue to face job losses and rising poverty. Too many countries are falling behind.”
Her comments were echoed over the weekend by Ignazio Visco, the governor of Italy’s central bank.
“The main instrument we have at the moment is neither monetary nor fiscal, it is vaccinations,” he said in an interview with the Financial Times. “We need to maintain close international cooperation within the G20 to avoid that the different stages of the vaccination campaign in the various countries result in excessive divergences of the respective economies.”
Over the weekend, the United States reported that more than 4 million doses of the coronavirus vaccine were administered in 24 hours, a new record. Nearly 19% of the population, or about 61 million people, have been fully vaccinated.
Efforts in most other countries pale in comparison. Last week, the World Health Organization called the rollout of vaccines in Europe, which is experiencing another surge of cases, “unacceptably slow.” India, which recorded a record number of daily Covid cases on Monday, has administered nearly 76 million doses — but less than 1% of the country’s 1.3 billion people have been fully vaccinated.

LG was a smartphone pioneer. Now it’s quitting the business

LG is getting out of the “incredibly competitive” business of making smartphones.
On Monday, the South Korean tech giant announced that it would close down its mobile phone unit after years of losses, marking the end of an era for a trailblazer in the Android world, my CNN Business colleague Michelle Toh reports. 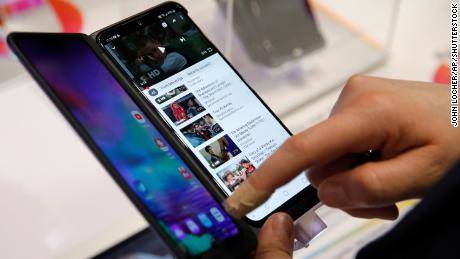 The division is expected to be wound down by July 31, although the company may continue to sell some of its existing models after that, according to LG Electronics.
The “strategic decision to exit the incredibly competitive mobile phone sector will enable the company to focus resources in growth areas such as electric vehicle components, connected devices, smart homes, robotics, artificial intelligence and business-to-business solutions,” it said in a statement.
LG was once one of the world’s top smartphone makers, earnings a spot among the top three global players in 2013, according to research firm Strategy Analytics.
But the company’s devices have since dwindled in popularity, particularly as Chinese upstarts such as Xiaomi and Oppo have surged around the world. As of last year, LG was no longer even among the top seven players globally, according to Counterpoint Research, even though it is still the third most popular smartphone vendor in the United States, after Apple (AAPL) and Samsung (SSNLF), according to market research firm Canalys.
“LG leaves a ‘small vacuum’ of global market share of under 2%,” Neil Shah, a partner and vice president of research at Counterpoint Research, told CNN Business.
That space will likely be filled by Samsung in both South Korea and the United States, as well as some smaller players, he predicted.
It’s a sad day for this former owner of a baby blue LG Chocolate. But the signs have been there. LG warned in January that it was looking at all options, including a potential sale of the unit.

Why US housing could be more expensive forever

Investors hunting for yield are increasingly pumping money into single-family homes or even entire neighborhoods, a trend that could permanently increase the cost of housing in the United States.
The Wall Street Journal reports that both individual investors utilizing apps and wealthy private equity funds with billions on hand have been competing for residential real estate with normal Americans, which have gone on a home-buying spree thanks to dirt cheap mortgage financing.
“You now have permanent capital competing with a young couple trying to buy a house,” said John Burns, whose real estate consulting firm estimates that in many top markets, about one in every five houses sold is bought by someone who never moves in.
His firm thinks the bubble could grow bigger before it pops, predicting that home prices will rise 12% this year and 6% or more in 2022.
Experts say there are meaningful differences between this real estate boom and the one that helped trigger the 2008 financial crisis, with tighter lending standards and more limited stock. But as the bull market marches on, the frenzy is worth monitoring.

Wall Street exchanges brace for coronavirus outbreak, as Trump says ‘every aspect of our society should be prepared’