Home » "What a life!" Britain pays tribute to Prince Philip 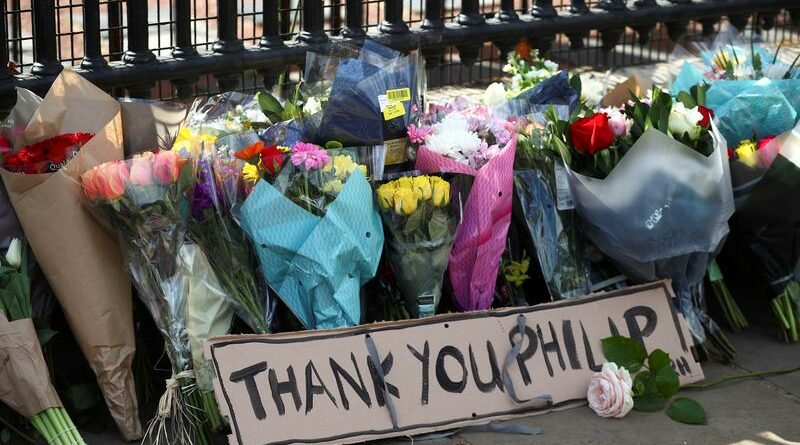 WINDSOR, England (Reuters) – Gun salutes will be fired across Britain on Saturday to mark the passing of Prince Philip as tributes flooded in for a man who was a pillar of strength for Queen Elizabeth during her 69-year reign.

Flowers were piled high outside royal residences as sombre mourners paid their respects to the 99-year-old prince who had spent more than seven decades at the heart of the British monarchy.

“We’re all weeping with you, Ma’am,” read the front page of the Sun tabloid, while its rival the Daily Mail ran a 144-page tribute to Philip, who died on Friday at Windsor Castle.

Buckingham Palace is expected to announce details of Philip’s funeral later on Saturday, although it is likely to be a small, private affair, stripped of the grandeur of traditional royal occasions by COVID-19 restrictions and the prince’s own dislike of people making a fuss.

Despite a request from the royal family for the public to obey pandemic social distancing rules and avoid visits to its residences, people laid cards and bouquets outside Windsor Castle and Buckingham Palace through the night.

“What a life! Thank you for serving our country,” read one tribute outside Buckingham Palace.

The queen had announced the death of “her beloved husband” with deep sorrow.

Messages of condolence have poured in from world leaders to the Duke of Edinburgh, as Philip was officially known, who was credited with helping to modernise the ancient institution and help his wife deal with repeated crises during their 73-year marriage.

Flags at Buckingham Palace and at government buildings across Britain were lowered to half-mast.

The BBC cancelled programming across all of its television and radio channels through Friday and aired a special tribute comprising interviews with the queen and Philip’s children, including heir-to-the-throne Prince Charles.

Philip “probably wanted to be remembered as an individual in his own right”, said Charles, who went to see the queen on Friday afternoon, hours after his father’s death.

“He didn’t suffer fools gladly, so if you said anything that was in any way ambiguous, he would say: ‘Make up your mind!’ Perhaps it made one choose one’s words carefully,” Charles said.

Britain’s armed forces will mark Philip’s death at noon (1100 GMT) with a Death Gun Salute. Artillery units in London, Edinburgh, Cardiff, Belfast and Gibraltar, and some navy warships, will fire their guns. 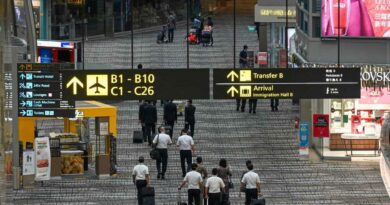