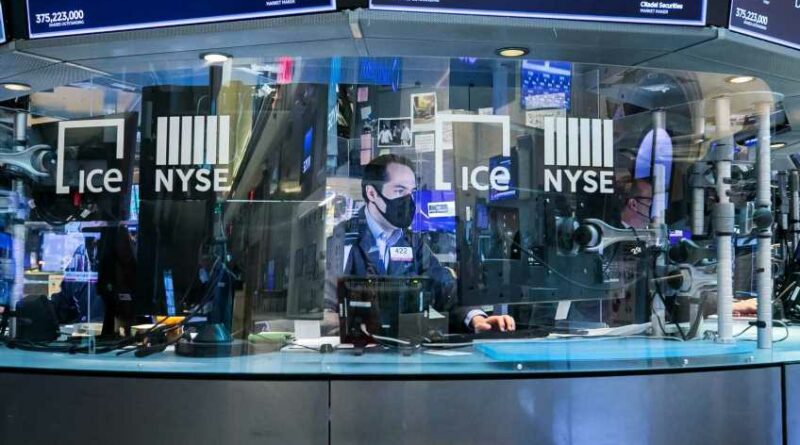 Wall Street is set to open higher Thursday, with Nasdaq futures especially strong after robust earnings from Apple (AAPL) and Facebook (FB) sent those stocks sharply higher in the premarket. Three Dow stocks, McDonald's, Merck and Caterpillar, reported earnings before the bell. The Dow, S&P 500 and Nasdaq dropped Wednesday. With two days left in April, all three stock benchmarks were solidly in the green for the month. (CNBC)

The government on Thursday reported the U.S. economy advanced at a strong 6.4% annual rate in the initial look at the first quarter, though slightly below estimates. Initial jobless claims totaled 553,000, higher than expected, but a new low all the way back to the week ending March 14, 2020. For the week ending April 17, new claims were revised up by 19,000 to 566,000. (CNBC)

New York City will reopen in full capacity starting July 1, Mayor Bill de Blasio said Thursday. "Our plan is to fully reopen on July 1. We are ready for stores to open, for businesses to open, offices, theaters, full strength," de Blasio said on MSNBC's "Morning Joe." The city as of Wednesday had administered more than 6 million doses of Covid vaccines, with roughly 36% of the city's adult population fully vaccinated.

McDonald's (MCD) came in 11 cents ahead of consensus with adjusted quarterly profit of $1.92 per share. Revenue was also above forecasts, boosted by a better-than-expected 13.6% jump in U.S. same store sales. Shares fell modestly in the premarket.

A pandemic-induced drop in medical office visits was among the key reasons for Merck's earnings shortfall for the first quarter. Merck (MRK) missed by 23 cents with adjusted quarterly profit of $1.40 per share. Shares took at 1.8% premarket hit.

Caterpillar (CAT) shares gained 1.6% in premarket trading after the heavy equipment maker beat estimates by nearly a dollar with adjusted quarterly profit of $2.87 per share. Revenue was also above forecasts, as an economic recovery spurred demand for equipment.

Tech earnings continue to roll in as Amazon and Twitter lead Thursday's after the bell list, one day after Apple and Facebook blew past expectations. Apple also said it would increase its dividend by 7%, while authorizing $90 billion in share buybacks. Facebook attributed its strong revenue growth to a bump in ad prices and ads shown. (CNBC)

AT&T's (T) WarnerMedia plans to charge $9.99 per month for its advertising-supported HBO Max service, set to launch in June, according to people familiar with the matter. The ad-free version of HBO Max, which debuted nearly a year ago, costs $14.99 per month. (CNBC)

Amazon plans to give more than 500,000 workers a raise. Amazon will hike pay by at least 50 cents to up to $3 an hour for over half a million of its U.S. operations employees, a global HR executive said in an Amazon blog post. The company will spend more than $1 billion on incremental pay for these workers. (CNBC)

President Joe Biden takes his policy agenda to Georgia on Thursday, his 100th day in office. In his first address to a joint session of Congress, Biden on Wednesday night declared that "America is rising anew" and unveiled a $1.8 trillion proposal to invest in children, families and education. Biden stressed that these spending efforts will create more jobs and boost prosperity for all Americans. (AP)

Comcast (CMCSA), the NBCUniversal and CNBC parent, beat estimates by 17 cents a share, with quarterly earnings of 76 cents per share. Revenue also topped estimates, driven in part by strong growth in broadband and wireless phone customers. Comcast shares jumped 2.9% in the premarket.

Generac (GNRC) earned $2.38 per share for the first quarter, compared to a consensus estimate of $1.87 a share. Revenue also exceeded forecasts on strength in the residential market, and Generac raised its sales forecast for the full year. The generator maker's shares surged 6% in the premarket.

EBay (EBAY) reported consensus-beating results on both the top and bottom lines for its most recent quarter, but the online marketplace operator gave a lighter-than-expected current-quarter outlook. Its shares tumbled 7.6% in premarket trading.

Bristol Myers (BMY) came in 7 cents a share shy of estimates, reporting quarterly earnings of $1.74 per share. Revenue was also below forecasts as cancer drug sales were shy of Street forecasts. The stock dropped 2.3% in the premarket.

Ford (F) earned quarterly profit of 89 cents per share, compared to a consensus estimate of 21 cents a share. The automaker's revenue also beat analysts' forecasts. Ford said a global chip shortage could ease this summer, but it could cut second-quarter production in half. Ford shares fell 2.9% in premarket trading.

Qualcomm (QCOM) beat estimates by 23 cents a share, with quarterly profit of $1.90 per share. The chipmaker's revenue also exceeded projections and Qualcomm gave an upbeat current-quarter forecast as supply constraints ease. Its stock jumped 5.1% in the premarket.

Align Technology (ALGN) beat estimates by 47 cents a share, with quarterly earnings of $2.49 per share. Revenue topped estimates as well. Sales jumped from a year earlier on higher demand for its teeth straighteners, although profit fell on higher expenses. Its shares were up 4.3% in the premarket. 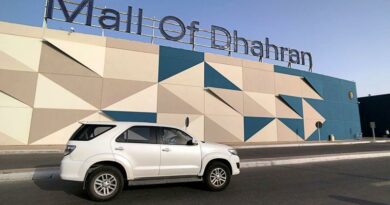 Where U.S. Millennials Are Moving to Most

Treasuries Move Back To The Upside After Yesterday’s Pullback