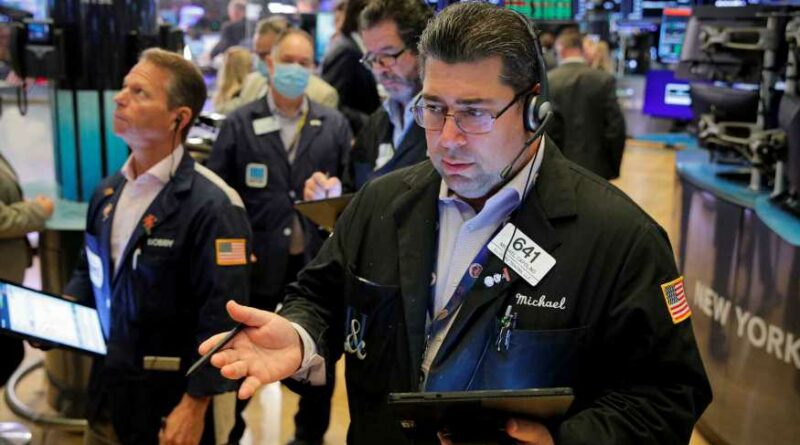 U.S. stock futures were under pressure Monday after the Dow Jones Industrial Average and the S&P 500 eked out gains Friday for a third straight session of advances in a week of wild swings. The Nasdaq dipped Friday, breaking a three-day winning streak. (CNBC)

While they were higher last week, all three stock benchmarks were running more than 1% declines for historically rough September with four days left in the month. The Dow and Nasdaq were more than 2% from their most recent record closes. The S&P 500 was 1.8% shy of its latest record close. (CNBC)

Bond prices fell Monday, pushing the yields on the 10-year and 30-year Treasurys to 1.5% and 2%, respectively, to levels not seen in months. Yields move inversely to bond prices. August durable goods orders, out before the opening bell, were much stronger than expected. (CNBC)

Fed Chairman Jerome Powell is scheduled to testify before the Senate on Tuesday and the House on Thursday. He also appears on a ECB panel with other central bank leaders Wednesday. The Fed soothed markets last week by signaling no immediate intentions of removing Covid-era monetary stimulus policies. (CNBC)

* Cramer's week ahead: 'We're now headed into a calm before the storm moment here' (CNBC)

Investors will also be watching Congress this week, as lawmakers attempts to pass a funding plan in time to avert a government shutdown on Friday. The debt ceiling is expected to be part of that debate, but strategists do not expect it to be resolved at the same time. (CNBC)

As for the $1 trillion bipartisan infrastructure bill, House Speaker Nancy Pelosi expects it to be passed this week. However, voting may be pushed back from Monday's promised deadline. The Senate has already passed the measure. (CNBC)

Facebook (FB) announced Monday morning it's pausing its work on Instagram for kids, after facing a slew of backlash from users and lawmakers. "While we believe building 'Instagram Kids' is the right thing to do, Instagram, and its parent company Facebook, will re-evaluate the project at a later date," the company said in a statement. The kids app was supposed to allow children under 13 to access a new version of the photo-sharing social media service. (CNBC)

Alphabet's (GOOGl) Google is reducing the amount of revenue it keeps when customers buy software from other vendors on its cloud marketplace, as the top tech companies face increasing pressure to lower their so-called take rates. The Google Cloud Platform is cutting its revenue share to 3% from 20%, according to a person familiar with the matter who asked not be named in order to talk about internal policies. (CNBC)

Elon Musk reassured Tesla's (TSLA) commitment to China, saying the eclectic vehicle maker will continue to expand its investments there. Musk's comments came in a recorded Q&A-style stream at the World Internet Conference, hosted by the Cyberspace Administration of China. It's the second time this month Musk was highly complimentary of China, which is an important market for Tesla. (CNBC)

Boston Fed President Eric Rosengren announced Monday he's stepping down from his position, retiring nine months earlier than he had planned due to health concerns. In an announcement that comes on the heels of controversy the regional Fed leader had faced regarding personal stock trading, Rosengren revealed that he has been on a kidney transplant list since June 2020. (CNBC)

The German election is heading for tough coalition talks and a possible three-way power-sharing agreement in Berlin, after one of the country's most significant votes in recent years. Preliminary results on Monday morning showed the center-left Social Democratic Party gaining the largest share of the vote. (CNBC)

Britain could bring in the army to deliver gasoline after a weekend of panic buying left gas stations around the country without fuel. A major lack of truck drivers has meant deliveries of fuel and goods have recently fallen short in Britain. (CNBC)

Acceleron Pharma (XLRN) is in talks to be acquired by an unidentified large pharma company for a premium of about $180 per share, Bloomberg reported. Bristol-Myers Squibb (BMY) is considered one potential candidate, as it already owns an 11.5% stake in Acceleron.

Toyota Motor (TM) rose 1.3% in the premarket after the company said it had completed a 25.8 million share buyback.

Gannett (GCI), the company behind The USA Today, said it was seeking to refinance up to $550 million in senior secured debt. Gannett said its plan was subject to market conditions and that there is no assurance it will be able to execute the refinancing.

"Shang-Chi and the Legend of the Ten Rings" continues to dominate at the domestic box office. Disney's (DIS) latest Marvel film has topped the charts for the fourth consecutive weekend. It's now the highest-grossing domestic release of 2021, with $196.5 million in ticket sales, outpacing "F9″ and "Black Widow." (CNBC)