Home » WHO steps up aid to India to stem COVID surge 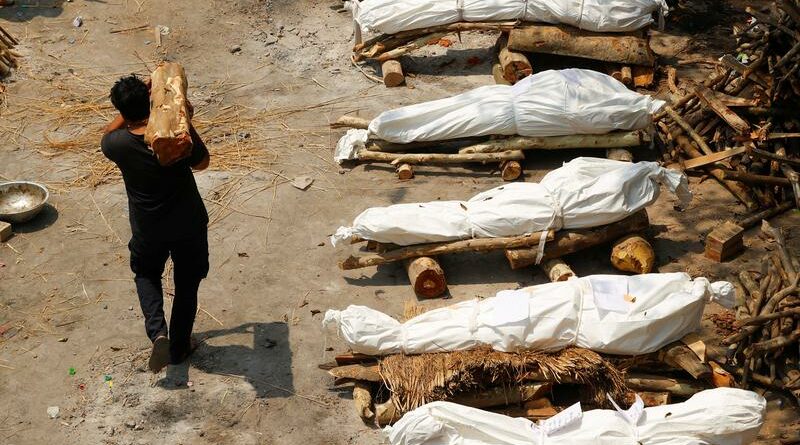 GENEVA (Reuters) – The World Health Organization (WHO) said on Tuesday it was stepping up efforts to help India as hospitals there struggled to cope with a huge surge in coronavirus cases, including bringing in oxygen and other essential supplies.

India’s death toll is now nearing 200,000, and some hospitals are turning away coronavirus patients as they do not have enough oxygen supplies and beds.

WHO spokesman Tarik Jasarevic said the crisis had worsened due to mass gatherings of people, more contagious variants and low vaccination rates.

“We are working with the government to bring in essential supplies like oxygen and alleviate the immediate situation,” Jasarevic said.

The WHO was providing 4,000 oxygen concentrators, which only require an energy source, he said. Mobile field hospitals are being set up and laboratory supplies provided for testing.

He urged people not to stockpile essential supplies. Wider distribution of high-quality masks was also key to control transmission, he said.

More than 2,600 WHO experts already working in the country on other health programmes have been deployed to respond to the pandemic, the U.N. agency has said.

The problem has been exacerbated by some people going to hospital when home care would suffice, Jasarevic said.

Less than 15% of people infected with COVID-19 actually need hospital care and even fewer will need oxygen, he said.

Community-level centres should screen and triage patients and provide advice on safe home care, he said.

Studies continue into virus variants circulating there, including the B.1.617 variant with two mutations, first detected from samples collected last December, he said, citing some evidence that they may be more contagious.

“The extent to which these virus changes are responsible for the rapid increase in cases in the country remains unclear, as there are other factors such as recent large gatherings that may have contributed to the rise,” he said.