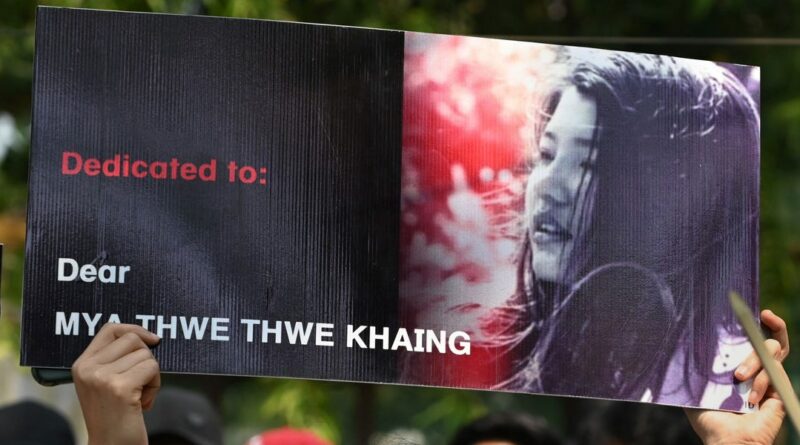 A 20-year-old woman shot in the head during protests against Myanmar’s military earlier this month has died, becoming the first known casualty of the unrest over the coup.

Mya Thweh Thweh Khine, who Reuters reported died on Friday, had been on life support since she was shot in Naypyidaw on February 9.

Myanmar’s military, led by Gen. Min Aung Hlaing, launched a coup on February 1, detained hundreds of politicians, and declared a state of emergency.

In response, protests sprung up across the large cities of Myanmar — including the capital Naypyidaw and the major cities of Yangon and Mandalay — and have grown in size.

On Tuesday, Kyi Toe, spokesperson for the National League for Democracy (NLD), the deposed ruling party, wrote on Facebook that Mya Thweh Thweh Khine was shot “by a bullet that pierced a motorcycle helmet.” 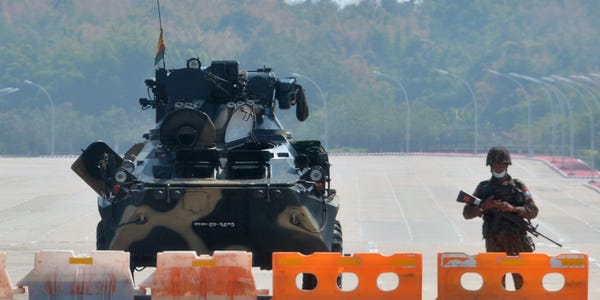 Videos from the Naypyidaw demonstrations on February 9 showed that police fired on protesters with live ammunition from machine guns as they tried to disperse the crowd, Amnesty International said.

The rights group verified that Mya Thweh Thweh Khine was shot by the police. However, the military’s “True News Information Unit” claimed the force had only used non-lethal weapons during the protest.

Since being shot, Mya Thweh Thweh Khine, who worked in a supermarket and was from the village of Yezin, has become a symbol of the protest, with demonstrators carrying banners with her face printed on them.

Protesters have also co-opted the three-finger hand salute inspired by “The Hunger Games” films, which were previously used by protesters in Thailand and Hong Kong.

“I want to encourage all the citizens to join the protests until we can get rid of this system,” Mya Tha Toe Nwe, the sister of Mya Thweh Thweh Khine, told reporters, according to the BBC. “That’s all I want to say.”

On Friday, 50 protesters were detained in the city of Myitkyina, Reuters reported, citing rights activists. 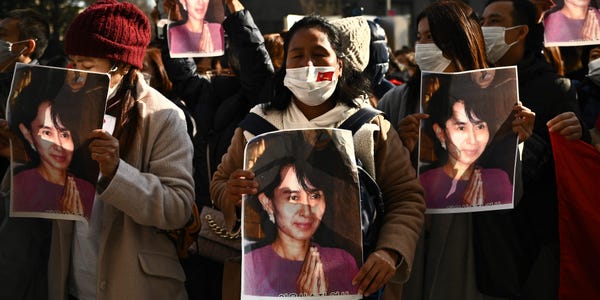 Activists say the coup leaders are using Google-owned messaging platforms to spread propaganda, and have called on Google to take action.

Among the leaders detained by the military were President Win Myint and Aung San Suu Kyi, the country’s de facto civilian leader.

The pair have since been charged with a number of crimes, including breaking COVID-19 restrictions and importing walkie-talkies, that could seem them sentenced to several years in jail.

US deficit could hit $3.3T in 2020, amplified by coronavirus relief spending: CBO