Home » Politics » An unfair slur on the name of my late husband, Jeremy Heywood

Your editorial (14 June) states, as if it were fact, that my late husband, Jeremy Heywood, “was also a key figure in the Greensill drama”. Instead, this is a sweeping, all too convenient fiction.

There was no “drama” in relation to Lex Greensill until many years after he ceased to hold any role in government and also some considerable time after my husband’s death in 2018. When Mr Greensill worked as a government adviser, he did so exploring the potential for supply chain finance – in which he had recognised expertise – to increase the share of government business going to small and medium-sized enterprises, a political priority at the time. His engagement was confirmed through signed letters of appointment and resulted in the pharmacy early payment scheme, which has been described in parliament as “a life-saver” for thousands of small businesses.

It was my husband’s job to explore new ways for government to achieve its policy objectives. In 2012 Mr Greensill had none of the notoriety he has taken on in recent months. To suggest otherwise, and thereby misrepresent actions and decisions taken at the time in good faith, lacks the intellectual rigour that the Guardian aspires to.

You are not the first to seek to heap responsibility for later and unrelated events upon an honourable man who is not here to defend himself. That does not make it any less disappointing. As such, I would suggest it is your reputation, not his, that is in peril.Suzanne HeywoodLondon

Have an opinion on anything you’ve read in the Guardian today? Please email us your letter and it will be considered for publication. 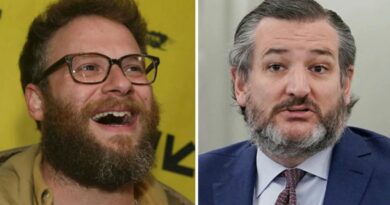