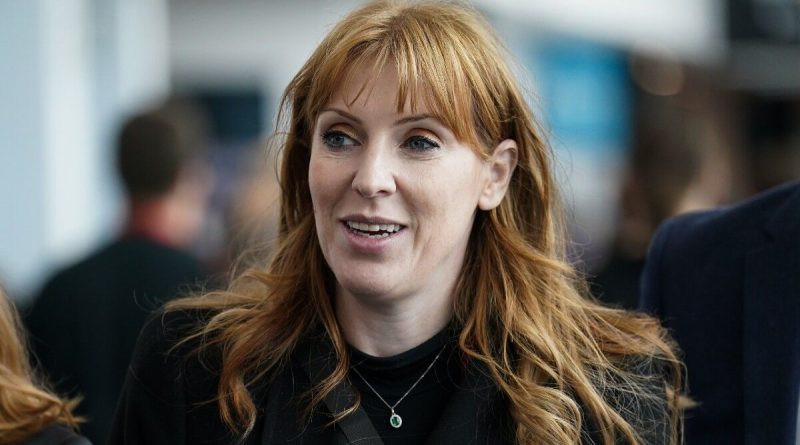 Angela Rayner expensed the gas and electric bills in her London accommodation, despite earning an MP’s salary of £82,000 per year. Labour’s Deputy Leader has previously accused the Conservative Government of wasting taxpayers’ money, saying they have a habit of “spending other people’s money with reckless abandon”.

Speaking to the Mirror earlier this month about the Conservative Party, the Deputy Leader said: “They claim to be the party of fiscal prudence and sound money, but just can’t be trusted with Britain’s economy.

“The Tories’ economic policy is just one colossal write-off, leaving taxpayers paying through the nose for ministers’ mistakes.

“The Conservatives have been spending other people’s money with reckless abandon for far too long.”

Meanwhile, speaking at the Labour conference in September, Ms Rayner pledged to “give the Tory sleaze merchants their marching orders”.

But the Deputy Leader herself billed the taxpayer £351.32 for her gas and electricity bill between the months of March and June 2022, despite receiving an £82,000 per year taxpayer-funded salary.

UK taxpayers are currently facing spiralling energy bills, as the global cost of energy rises amid the war in Ukraine.

At Jeremy Hunt’s Autumn Statement today, he announced that the energy-price guarantee will continue for a further 12 months from April.

However, under Mr Hunt’s plans, the price guarantee will rise from £2,500 to £3,000 per year for the average household.

This means people will be paying around £500 more per year on energy bills.

The Chancellor announced a £55billion plan for tax hikes and public spending cuts in his Autumn Statement in the House of Commons this morning.

In his statement, Mr Hunt said that “difficult choices” are needed to tackle what he said was a “global economic crisis”.

He added: “Because of the difficult decisions we take in our plan, we strengthen our public finances, bring down inflation and protect jobs.”

A Downing Street Official said that inflation is the “single biggest barrier to growth”.

Mr Hunt’s package included around £30billion in spending cuts and £24billion in tax rises over the next five years.

She added: “And all they offer today is more of the same – with working people paying the price for their failure.

“Labour knows that there are fairer choices to make, and that what our country needs is a serious long-term plan to get our economy growing again – powered by the talent and effort of millions of working people and thousands of businesses.”

Trump Was Impeached. Here’s a Recap of the Day.