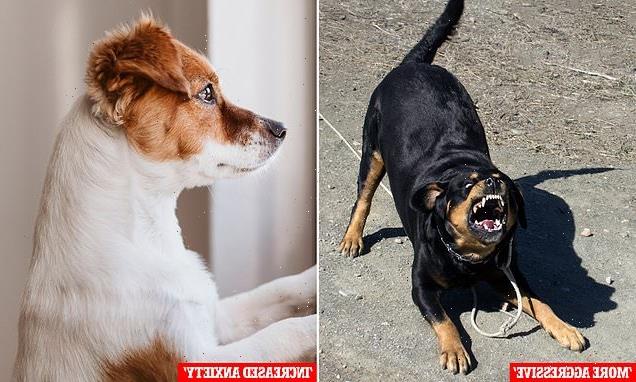 Prolonged Covid lockdowns have led to ‘amplified anxiety’ in many dog breeds triggering ‘increased aggression’, a dog trainer has warned.

Eve McKenzie, based in the NSW Hunter region, said now that dogs are going out into the world much more – it’s becoming ‘too overwhelming’ for them.

In the past three months in NSW alone there have about 1150 reported dog attacks. 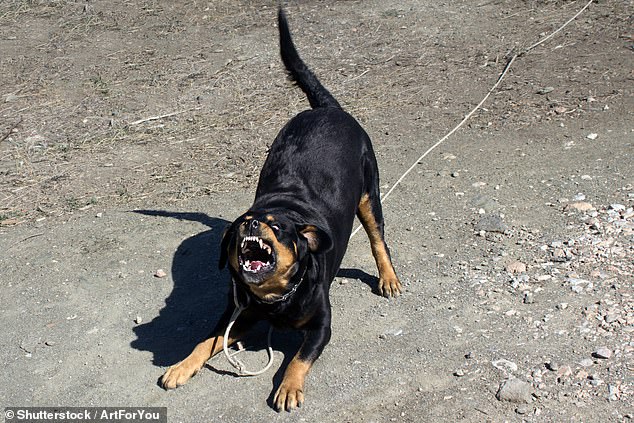 Prolonged Covid lockdowns have led to ‘amplified anxiety’ in many dog breeds triggering ‘increased aggression’, a dog trainer has warned 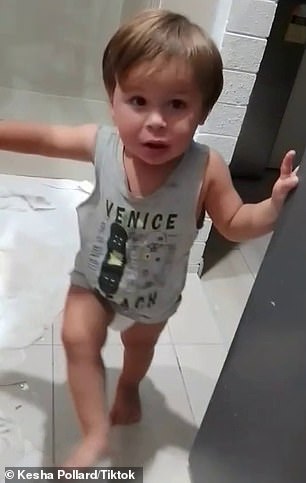 In one horrific instance last week, a Rottweiler and a cattle dog fatally mauled Jyedon Pollard, aged two, at a motel in Cowra on the NSW Central Coast.

What triggered the attack is still under investigation.

‘Most of the time, dogs who are attacking other dogs or people, are doing it because they’re usually fearful of them,’ Ms McKenzie told the ABC.

While official figures reveal the number of attacks has fallen 15 per cent compared to the start of the pandemic, Ms McKenzie says the statistics don’t tell the whole story.

During lockdowns many pets were deprived of interaction with other people, as well as other animals.

Although dogs are now able to venture outside of their yards much more, the affects of isolation are still lingering.

‘We’re putting a dog in a position where they have no other choice but to use their mouth to tell this person or dog to go away,’ Ms McKenzie said.

Another factor she blames is the ‘explosion’ of irresponsible dog breeders.

‘If you’re living in the middle of Sydney and you’re going to go get a puppy from Dubbo, then you need to consider whether the breeder has been able to undertake a desensitisation program … to help them successfully transition into city life,’ Ms McKenzie said.

While fines for failing to control dogs in NSW can reach $16,500, in the wake of recent incidents there has been a public outcry to increase potential penalties. 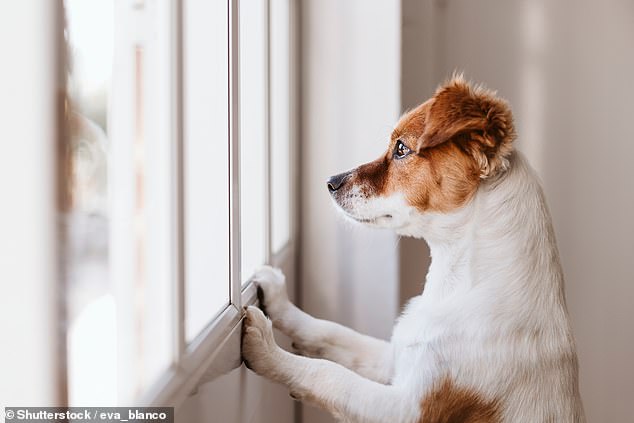 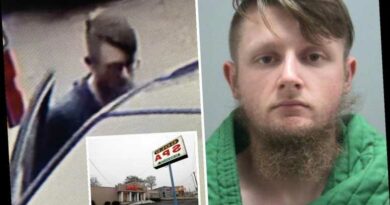