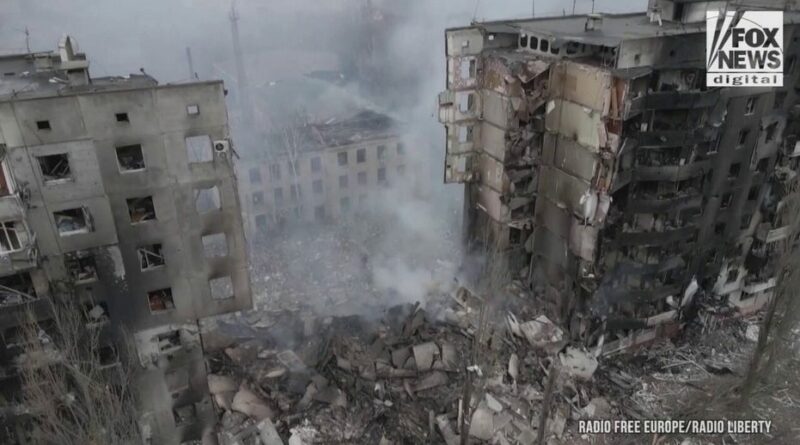 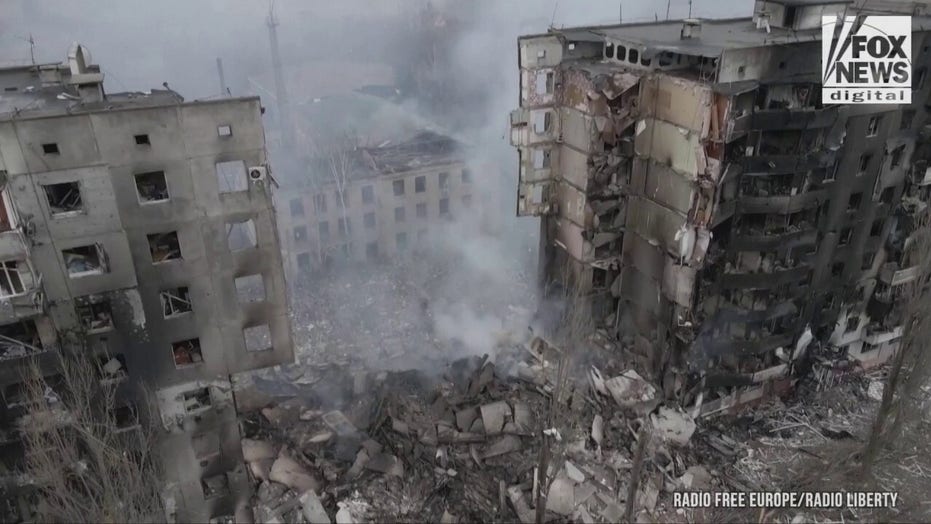 A group of attorneys is helping Ukrainian immigrants remain in the U.S. and bring their family members over from the war-torn nation.

One such attorney, University of Dayton School of Law assistant professor Ericka Curran, told Fox News that she and others felt compelled to get involved immediately after Russia invaded Ukraine.

“As soon as we started to hear of the situation in Ukraine, we knew that most likely temporary protected status would be granted,” Curran said. “We wanted to see how we could help individuals and get involved to provide support.” 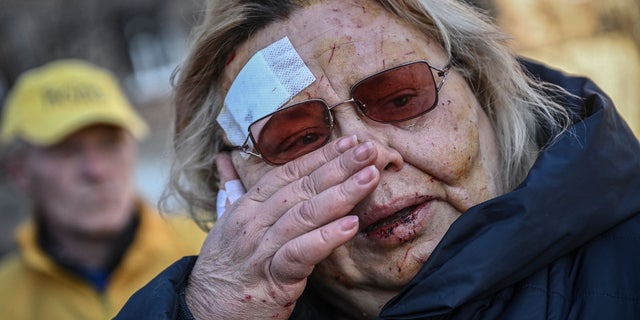 An injured woman reacts after shelling in a residential area in Kyiv on March 18, 2022, as Russian troops try to encircle the Ukrainian capital as part of their slow-moving offensive. Authorities in Kyiv said one person was killed early Friday when a downed Russian rocket struck a residential building in the capital’s northern suburbs. They said a school and playground were also hit.
(ARIS MESSINIS/AFP via Getty Images)

The Department of Homeland Security announced earlier this month that Ukrainian migrants living in the U.S. as of March 1 would be eligible for temporary protected status, which allows qualified individuals to receive work authorization and protects them from deportation.

Temporary protected status allows immigrants from foreign countries afflicted by armed conflicts, environmental disasters or other “extraordinary and temporary conditions” to stay in the country for 18 months.

Nearly 4,000 Ukrainians were facing deportation proceedings at the time of the announcement, CBS News reported. DHS estimated the move could help 75,100 Ukrainian immigrants in the U.S. 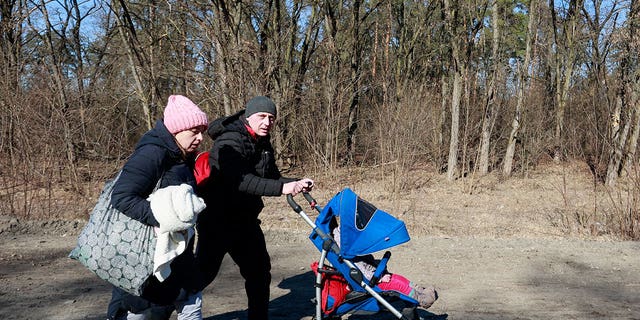 People walk along a road by a forest, as they flee Russia’s invasion of Ukraine, in the Vyshgorod region near Kyiv, Ukraine March 10, 2022.
(REUTERS/Serhii Nuzhnenko)

The group of attorneys is also assisting Ukrainian immigrants bring their family members to the U.S., Curran said.

“Some people are still trying to bring family temporarily on tourist visas,” she told Fox News. “There are situations of people trying to get family who can’t get into the United States with a tourist visa into other countries or into Mexico.”

Curran and others are also helping Ukrainians file for humanitarian parole, which allows individuals who may be “inadmissible or otherwise ineligible for admission in the United States” to be temporarily allowed for “urgent humanitarian reasons.”

Some Ukrainians have fled to Mexico in order to seek asylum at the U.S. border, Curran said.

She added that several of the families she is working with are still trying to get family out of Ukraine. Men 60 and under, however, are not allowed to leave the country. 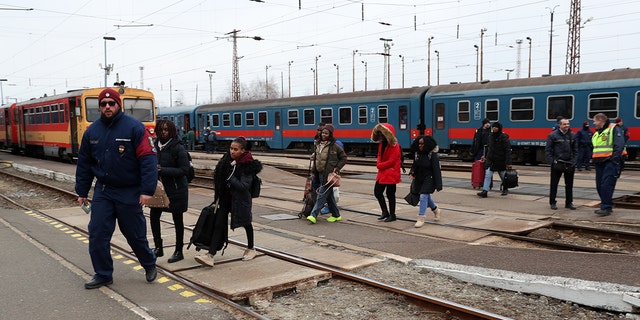 This photo taken at the Ukraine-Poland border shows people carrying whatever they could grab from their homes.
(Francesco Malavolta)

Curran said the situation creates difficult choices, forcing families to decide if they should separate so women, children and the elderly can flee while the men stay and fight.

“Our efforts are just part of a grand group of pro bono attorneys trying to get involved in helping any way that we can,” she said.

The United Nations said this week that 3 million people have fled Ukraine since Russia launched its invasion. Most have gone to Ukraine’s neighboring countries, including Poland, Hungary, Slovakia, Moldova and Romania. 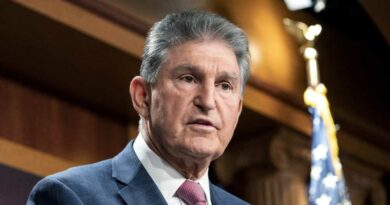 Joe Manchin Just Tore Out the Heart of Biden's Agenda