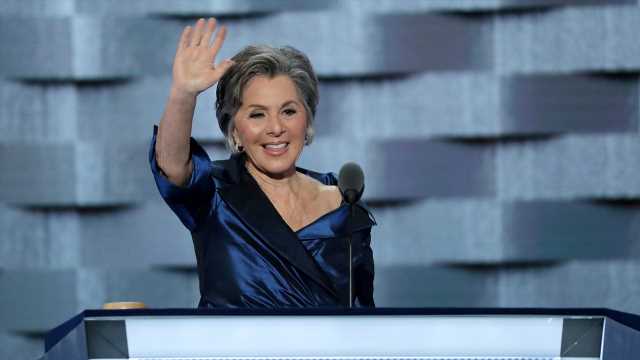 Sen. Josh Hawley speaks out after announcing plan to object to electors

The Missouri lawmaker joins ‘The Story’ exclusively to react to criticism

Former California Sen. Barbara Boxer said Thursday that there is "no comparison" between her effort to oppose Electoral College results after the 2004 presidential election, and Republican Sen. Josh Hawley’s intention to object to President-elect Joe Biden’s victory in the 2020 election.

Boxer, a Democrat, joined with former Rep. Stephanie Tubbs Jones in early 2005 in a failed bid to challenge George W. Bush’s victory over Democratic challenger John Kerry in the state of Ohio. At the time, Boxer argued that Republicans had engaged in voter suppression that contributed to Bush’s victory.

Hawley pledged earlier this week to challenge Biden’s victory in Pennsylvania and other battleground states, alleging, among other claims, that local officials failed to follow their own election laws. Boxer pushed back on claims that her past action served as a precedent for Hawley’s challenge.

"There’s no comparison to what Congresswoman Stephanie Tubbs-Jones and I did in ’05," Boxer told CNN. "Number one, John Kerry had conceded the race. We have a president here who’s orchestrating kind of an overthrow of the election. Secondly, we said up front we had no interest in overturning the election. All we wanted was to focus on voter suppression that we saw in Ohio."

Congress will meet on Jan. 6 to review the Electoral College voting results and certify Biden as the next president. Hawley’s objection would force both chambers of Congress to debate the merits of his challenge, though few Republicans are expected to join him.

Boxer said she has no regrets about pursuing her challenge to the 2004 election results, adding that her action had "nothing to do with overturning the election."

"We took an hour to talk about an issue, which then exploded on the scene, it was really a prescient moment in a way," Boxer said. "No, why would I regret spending an hour talking about the right to vote? Not at all. If these Republicans are going to lie about it and say it’s the same thing, that’s on them, and I’m sorry they’re doing this."

In a lengthy statement explaining the rationale behind his objection, Hawley claimed that "mega-corporations" such as Facebook had taken "unprecedented" steps to support Biden’s presidential bid. Hawley and other GOP leaders have accused tech firms of censoring negative reports about Biden as well as conservative viewpoints. Tech firms have pushed back, saying their polices are enforced without regard to political views and applied evenly across the board.