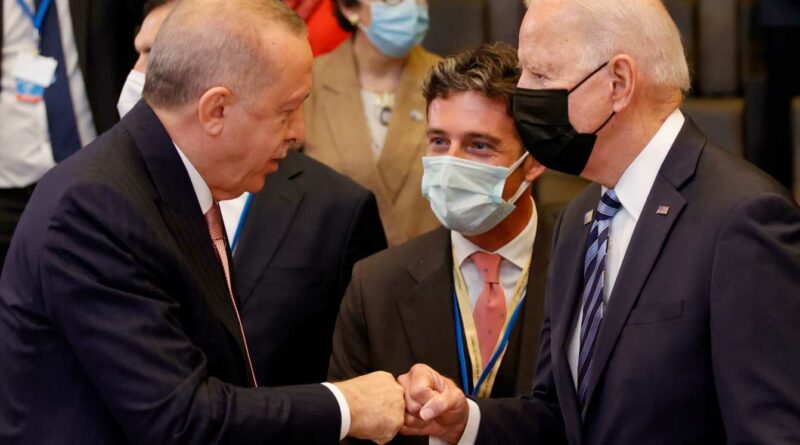 The meeting, which will take place on the sidelines of the NATO leaders summit, will be an opportunity for Biden and Erdogan to address the thorny issue of U.S. sanctions over a Russian-made missile system.

Under the Countering America's Adversaries Through Sanctions Act, or CAATSA, any foreign government working with the Russian defense sector finds itself in the crosshairs of U.S. economic sanctions.

In December, the Trump administration slapped CAATSA sanctions on Turkey after the NATO ally purchased a multibillion-dollar Russian missile system. The S-400, a Russian mobile surface-to-air missile system, is said to pose a risk to the NATO alliance as well as the F-35, America's most expensive weapons platform.

The move further stoked tensions between Washington and Ankara in the weeks ahead of Biden's ascension to the White House.

National security advisor Jake Sullivan told reporters on Sunday that Biden and Erdogan will discuss "issues in our bilateral relationship," without specifically naming the U.S. sanctions.

Sullivan also said the two are expected to consult on a range of regional security issues, spanning from Syria to Libya to the eastern Mediterranean. He added that Biden will also have the chance to consult with his Turkish counterpart on how to counter China and Russia.

When asked about the CAATSA sanctions imposed on Turkey, lawyers from Kirkland & Ellis described them as "calibrated" but also potentially challenging to lift.

"The sanctions that were implemented are a bit more targeted," explained Sanjay Mullick, a partner at Kirkland & Ellis who specializes in the firm's International Trade and National Security group.

"Here the focus was on licensing, technology, and not so much on prohibitions on any and all financial transaction. The takeaway is a bit more calibrated, although the sanctioning of a NATO ally is certainly meaningful," he added.

"This is a step that is not typically seen in the relationship with such an allied partner, although in this case, perhaps prompted by Turkey's engagement in activities which were contrary to prior U.S. foreign policy decisions such as those put in place against Russia in 2017," Abigail Cotterill, counsel at Kirkland & Ellis' International Trade and National Security Practice Group, told CNBC.

When asked about any potential for the Biden administration to lift sanctions, the lawyers explained that unilateral action taken by the president may be unlikely given the complexity of the matter.

"Typically yes, the president can do and undo, or at least work with Congress to do and undo. This one's a bit more pointed situation where there may be less flexibility and less agility, requiring a combination of legal authority and of course political will," Mullick explained.

"We might expect to see at least some coordination, even if not required between the executive branch and Congress," Cotterill added.

"This really fits in the larger context of U.S.-Russia relations and in a way, the sanctions on Turkey, quote-unquote, were a derivative of the law, that put in place a mechanism for sanctioning anybody fill in the blank if they engaged in certain activities with certain sectors of Russian defense," Mullick said.

"And so Turkey happened to walk itself into that knowingly, unknowingly, I think knowingly," he added.

Striking a deal with the Kremlin

Compared with U.S. systems, the Russian-made S-400 is believed to be capable of engaging a wider array of targets, at longer ranges and against multiple threats simultaneously.

Despite warnings from the United States and other NATO allies, Turkey accepted the first of four missile batteries in July 2019. A week later, the United States cut Turkey, a financial and manufacturing partner, from the F-35 program.

Due to Turkey's removal from the F-35 program, U.S. defense giant Lockheed Martin offered the jets originally slated to join Ankara's arsenal to other customers.

In October, reports surfaced that Turkey's military began testing the S-400 system. Both the departments of Defense and State condemned the apparent missile test off Turkey's Black Sea coast.

"The United States has expressed to the Government of Turkey, at the most senior levels, that the acquisition of Russian military systems such as the S-400 is unacceptable," wrote then-State Department spokeswoman Morgan Ortagus in an emailed statement at the time.

"The United States has been clear on our expectation that the S-400 system should not be operationalized," she added.

"How the Biden administration handles the S-400 sanctions will form an important and durable precedent," explained Thomas Karako, director of the Missile Defense Project at the Center for Strategic and International Studies.

"Our allies, partners, and adversaries have already witnessed the slow, begrudging, and tepid imposition of CAATSA sanctions by the Trump administration. Exacerbating that story by further weakness would send an unfortunate signal to a host of other partners," Karako told CNBC.

Biden warns of another 200K dead from COVID by inauguration 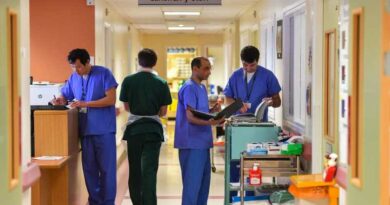 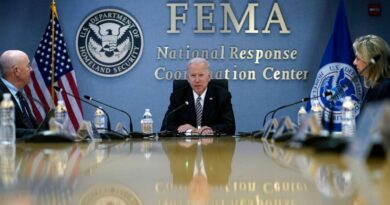