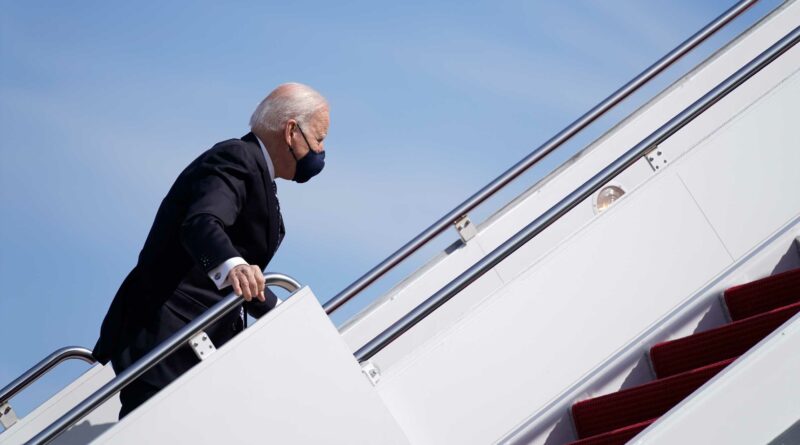 President Biden stumbled twice and fell as he scaled the stairs to Air Force One on Friday at Joint Base Andrews.

The president was briskly climbing the stairs to the presidential jet before appearing to trip, attempting to gather himself, then tripping again. A reporter in the pool following Biden reported that it’s a windy day at Andrews.

The White House said that Biden “is doing 100% fine” after his fall.

From one camera angle, Biden’s entire torso went out of view when he stumbled the second time, though his hand can be seen still holding onto the railing of the jet stairs. Biden then got up and made it the rest of the way up the jet stairs.

Another video angle from Hill TV shows that Biden was down on his knee for a moment, before getting up and pausing briefly with one hand on the railing and the other rubbing his knee.

“I know folks have seen that President Biden slipped on his way up the stairs to AF1, but I’m happy to report that he is just fine and did not even require any attention from the medical team who travels with him,” she said. “Nothing more than a misstep on the stairs.”

Biden in December fractured his foot while chasing his dog.

Top American leaders have a history of struggling with the stairs used to board the aircraft meant to carry them around the world and keep them safe from attack. 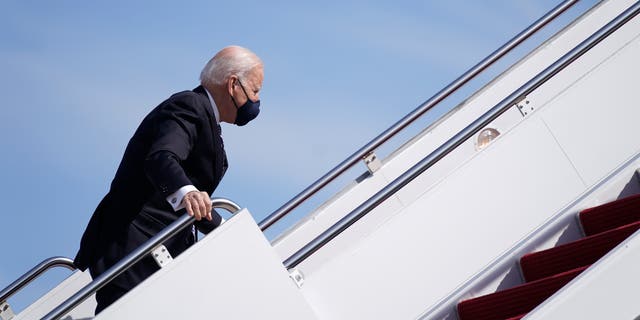 Former President Donald Trump, within days of Pence’s near fall on Air Force Two, appeared to be close to falling down a ramp at West Point Military Academy after speaking at a commencement speech for graduates.

Kim Jong Un's 'princess' sister may have been kicked out of North Korea's ruling body, suggesting a fall from favor 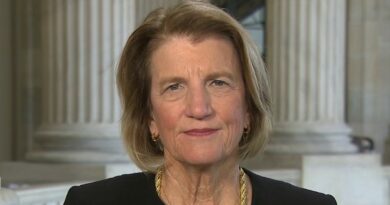 Ex-Trump aide Roger Stone: I will plead not guilty to charges