Home » Republicans face identity crises from within own ranks: The Note 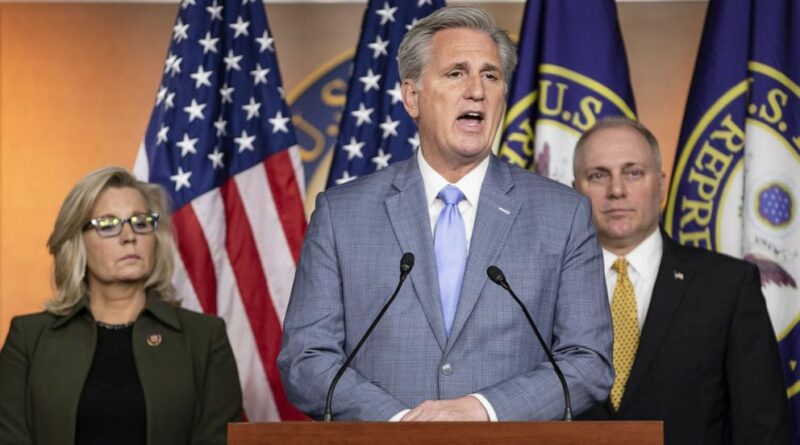 The TAKE with Rick Klein

For some pessimism, they can spend time thinking about themselves — and how their party’s direction is getting challenged from within.

The excitement of House Republicans gathered at their policy retreat in Orlando, Florida, is tempered by continued disagreement about the proper role of a certain Florida resident in determining the GOP’s future course.

Former President Donald Trump has now endorsed a candidate in a crowded Texas special election that takes place Saturday. Several candidates in that race are bragging about their allegiance to Trump, while one Republican is notably trying to make a stand for the party’s anti-Trump wing.

Meanwhile, with California recall organizers having obtained the necessary signatures, the emergence of Caitlyn Jenner as a candidate to replace Gov. Gavin Newsom puts new scrutiny on the latest GOP-led culture wars across the country.

A trans woman could be the highest-profile Republican running anywhere in 2021. Jenner’s own complicated relationship with Trump will be its own storyline, and her celebrity could crowd out other candidates.

Much of the Republican opposition to Biden’s agenda thus far is built on the assumption that what the GOP needs most to return to power is not screw things up. There’s plenty of worry inside the party that Republicans are more than capable of doing just that.

The RUNDOWN with Averi Harper

The Department of Justice has opened up an investigation into the Louisville Police Department, another law enforcement agency at the center of a case that spurred protests across the country.

To this day, none of the officers involved in the 2020 raid and shooting that killed Breonna Taylor have faced charges related to her death. On Monday, Louisville officials framed the DOJ probe as a step in the right direction.

“I think it’s necessary because police reform quite honestly is needed in near every agency across the country,” said Louisville Police Chief Erika Shields to reporters Monday.

Change that would impact the nation’s 18,000 law enforcement agencies would require federal legislation. Still, qualified immunity remains a sticking point in talks between lawmakers about the George Floyd Justice in Policing Act, and Sunday on ABC’s “This Week,” Rep. Karen Bass couldn’t promise lowering standards for prosecutions of individual officers would survive negotiations.

“People say ‘There are red lines, I won’t cross them,’ and then, in negotiation, we find a pathway forward,” said Bass. “And I’m hoping that we will be able to do that.”

As cases of Black people killed by police continue to surface across the country, for many, hope and patience on the issue is wearing thin.

The TIP with Kendall Karson

The political map in the country is changing, along with the centers of power. After years of booming populations in the Sun Belt, states there are set to pull power away from the northeast and Midwest.

Texas will be electing two new House members in the 2022 cycle, the largest gain of any state. Florida and North Carolina, too, will be adding a district, while states like Michigan, Pennsylvania and Ohio are shedding one. California is losing a seat for the first time ever and New York lost a seat to Minnesota by 89 people.

That shift maintains a Republican edge for the redistricting process, particularly with the GOP controlling legislatures in states like Texas, Florida, Georgia and North Carolina, all four of which are among the highest risk states for gerrymandering, according to the Brennan Center for Justice. And between those four states, it is possible for Republicans to flip the balance of power in Congress.

Meanwhile, Democrats who have been battered in recent redistricting cycles are readying for a tough fight to hold onto their single-digit majority. It is expected that they will look to states like Illinois and Maryland, which are under Democratic control, to make up the deficit.

FiveThirtyEight’s Politics Podcast. On Friday, the U.S. Food and Drug Administration and Centers for Disease Control and Prevention lifted their recommended pause on use of the Johnson & Johnson COVID-19 vaccine after a week and a half. In this installment of the FiveThirtyEight Politics podcast, the crew looks at how that pause affected public opinion of the J&J vaccine and willingness to be vaccinated more broadly. They also take stock of how Americans are thinking about climate change and government initiatives to stem carbon emissions, after President Joe Biden announced a goal of cutting U.S. emissions to half their 2005 levels by 2030. https://53eig.ht/2RWAXT4

WHAT YOU NEED TO KNOW TODAY

Download the ABC News app and select “The Note” as an item of interest to receive the day’s sharpest political analysis.

The Note is a daily ABC News feature that highlights the key political moments of the day ahead. Please check back tomorrow for the latest.