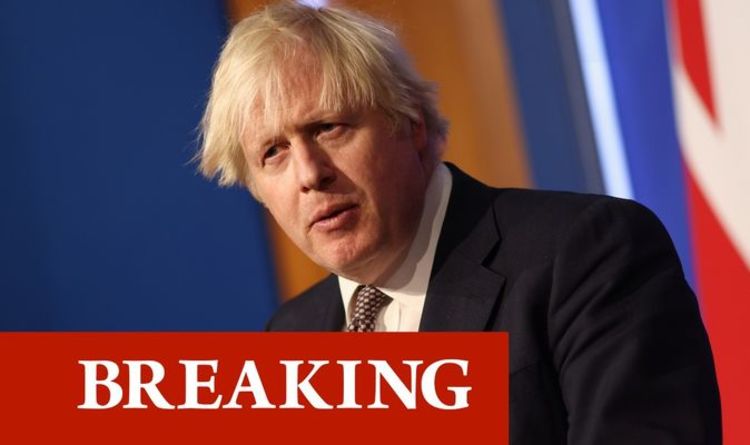 The Prime Minister will address the nation as he outlines extra measures to tackle the Omicron variant spreading across the world. There is still very little known about the mutation, but scientists fear vaccines are less effective against the strain.

Mr Johnson had promised to provide an update to the public on the variant around December 18, three weeks after he first introduced extra restrictions to try and curb the spread of the virus.

On November 27 the Government introduced mandatory face masks in shops and on public transport in England.

The remaining restrictions in Plan B include the introduction of mandatory vaccine passports for larger events and nightclubs.

The passports would prove people are double-jabbed and can attend the event.

Ministers have previously said they will seek to give businesses at least one week’s notice before mandatory vaccine certification is enforced.

Mr Johnson’s decision to hold a press conference today comes after the rapid increase in cases of Omicron in the UK.

So far 437 infections have been detected, with the number doubling every two to three days.

Mr Johnson hopes implementing Plan B will help slow the spread of the variant to allow more people to get booster jabs.

It is thought having a third injection still provides protection against Omicron.

“We now have, in the Omicron variant, a variant that is spreading much faster than any variant that we’ve seen before and that is what we need to focus on,” Mr Johnson said in the Commons at PMQs today.

“That is why I ask everybody to go and get their booster jab as soon as they’re called forward.”

However, Mr Johnson will face accusations he is only planning to announce changes in a bid to deflect from attention from outrage over an alleged illegal Christmas party.

Downing Street has been accused of holding a rule-breaking party on December 18 last year when London was in Tier 3 lockdown.

Last night the row exploded when a video leaked of aides joking about a “fictional” party on the same date “with no social distancing”.

In a mock press conference, the Prime Minister’s then press secretary, Allegra Stratton, was seen asking advisers how she would be best answering journalists’ questions on the matter.

Mr Johnson this afternoon told MPs in the Commons: “I understand and share the anger up and down the country at seeing No10 staff seeming to make light of lockdown measures, and I can understand how infuriating it must be to think that people who have been setting the rules have not been following the rules because I was also furious to see that clip.

“I apologise unreservedly for the offence that it has caused up and down the country and I apologise for the impression that it gives.”

Amid fury from his own MPs, one senior Tory William Wragg said told Mr Johnson: “Very few will be convinced by this diversionary tactic.”

Robert Mueller told us everything we need to know