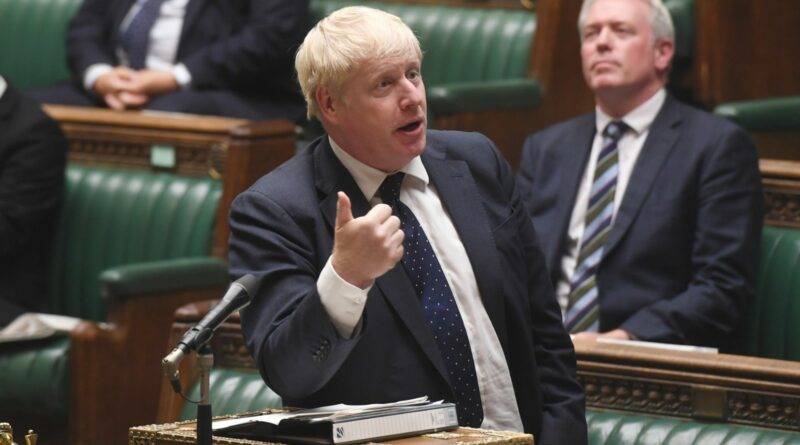 Boris Johnson is expected to raise national insurance by about 1.2% to pay for a pledge to end the “catastrophic costs” of social care, a move Tory MPs claim amounts to a £10bn tax raid.

On Tuesday, he is planning a major launch of a long-awaited shake-up which he claims will fulfil a pledge he made when he became prime minister two years ago to “fix the broken care system”.

The national insurance hike will also help fund a major drive to clear the massive backlog in NHS operations and treatment caused by COVID, which has seen waiting lists soar to over five million. 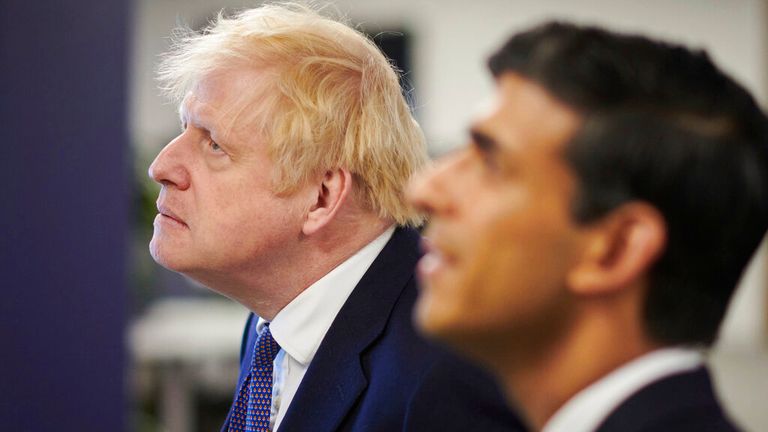 The extra cash for the NHS will be targeted on boosting capacity in hospitals amid predictions that the backlog could more than double to 13 million people on waiting lists by the end of this year.

After driving his plan through his potentially mutinous cabinet at its first meeting in Number 10 for more than a year, Mr Johnson will confront Tory critics and opposition MPs in a House of Commons statement.

He will then attempt to portray a united cabinet front as he unveils the government’s proposals at a Downing Street news conference, flanked by the Chancellor Rishi Sunak and the Health Secretary Sajid Javid.

The prime minister claims the social care package is a “fair, reasonable and necessary plan” to ensure the NHS has the long-term funding it needs.

But he is facing a furious backlash from ministers and backbench MPs who are incensed that the PM is poised to break a promise in the Tories’ 2019 election manifesto not to raise national insurance. 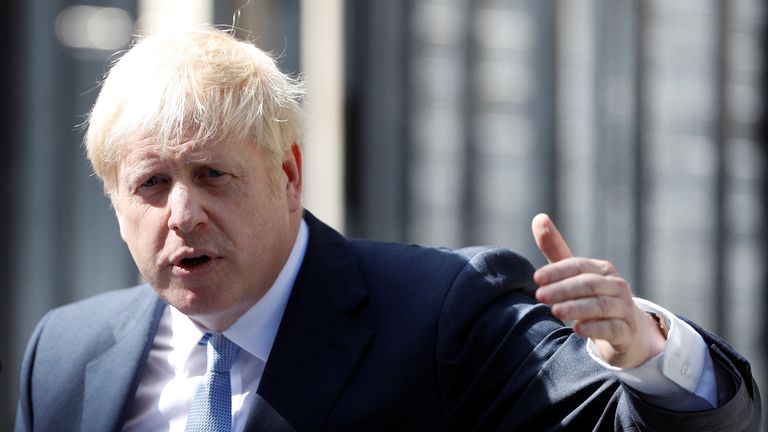 Other Tory MPs claim the proposals will hit workers on low and modest incomes while protecting better off couples who are currently forced to sell their home to pay for care in later life.

But speaking ahead of the launch, a defiant Mr Johnson declared: “The NHS is the pride of our United Kingdom, but it has been put under enormous strain by the pandemic. We cannot expect it to recover alone. 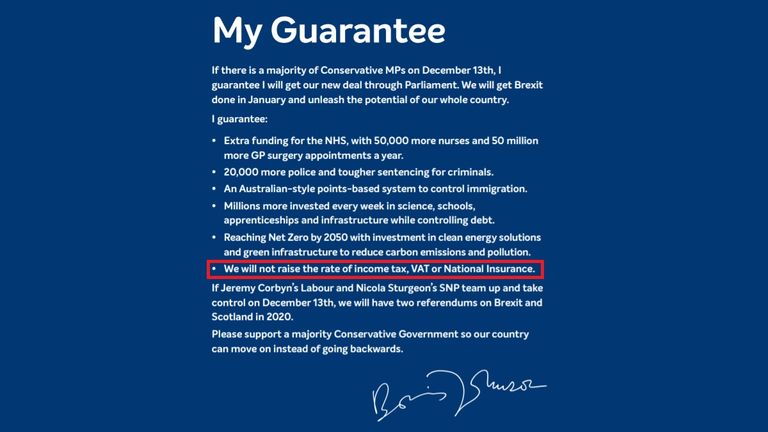 “We must act now to ensure the health and care system has the long-term funding it needs to continue fighting COVID and start tackling the backlogs, and end the injustice of catastrophic costs for social care.

“My government will not duck the tough decisions needed to get NHS patients the treatment they need and to fix our broken social care system.”

But while the Conservative manifesto promised a “long-term solution” on social care, it also pledged: “We promise not to raise the rates of income tax, national insurance or VAT.

“This is a tax guarantee that will protect the incomes of hard-working families across the next parliament.”

Labour’s shadow health secretary Jonathan Ashworth hit back at the PM ahead of the unveiling of his social care plans.

“A Tory decade of neglect left us unprepared for the pandemic and means waiting lists are at record levels with patients waiting longer in pain, A&Es regularly in crisis, cancer survival rates at risk of going backwards and millions struggling to access adequate mental health support,” Mr Ashworth said.

“In social care, swingeing cuts have left the service at breaking points and left over a million of the most vulnerable without help.

“A long-term plan on social care and a rescue plan to address the crisis the NHS has been in for years are both long overdue.

“The NHS is in desperate need, but the prime minister – along with every Conservative MP – was elected on a manifesto that promised to fix social care on a plan that had been developed and promised no rise in national insurance. 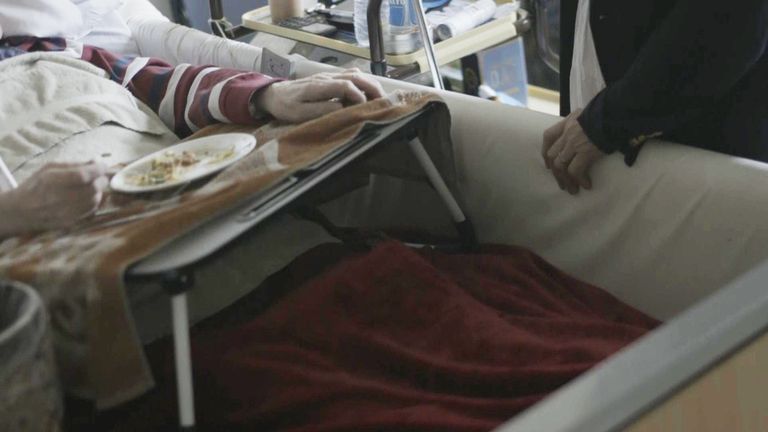 In an 11th-hour attempt to win over angry Tory MPs, Mr Sunak made an appeal for loyalty to the PM in a speech to the backbench 1922 Committee on Monday night.

“It’s fair to say that we’ve got a tough autumn ahead,” the chancellor said.

“That doesn’t mean there won’t be disagreements. There always are. But we should never lose sight of the central fact that we are a team, leading with our values and presenting a united front to the country.

“I, like all of you, take our lead from the prime minister, the leader of our party and the country. We owe him our support and loyalty.”

Foreshadowing the PM’s funding plans, a government source said: “The NHS cared for us during the worst pandemic in a century.

“Over half a million COVID patients have been admitted to hospital since March 2020, and on one day alone in January 2021, over 34,000 patients were in hospital.

“During national restrictions, the NHS remained open for anyone who needed it. Urgent treatment, including cancer care and A&E services, continued.

“NHS staff and beds were redirected from non-urgent care to help the influx of COVID patients. An entire vaccination system was set up from scratch, administering 88 million vaccines so far and saving countless lives.

“Less urgent treatment was temporarily paused and as a result, the number of people waiting for treatment has quickly multiplied.” 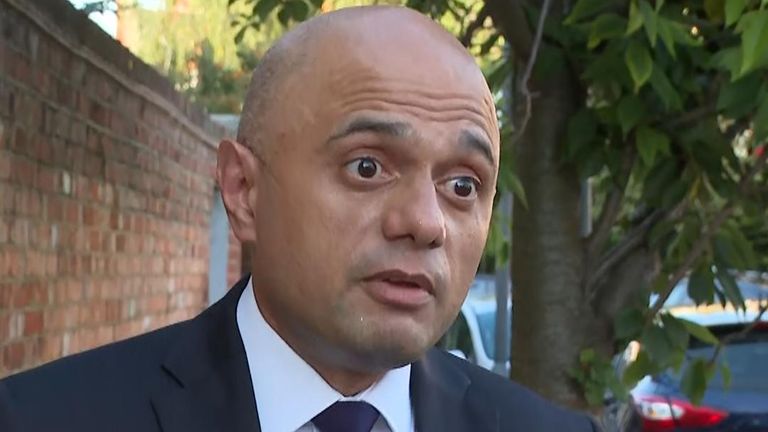 The government says a new plan is now needed to put the necessary resources in place to provide care and treatment for all and to protect the NHS’s ability to deliver the core function it was set up for.

Ministers admit that the number of patients now waiting for elective surgery and routine treatment in England is at a record high of over five million and – left unchecked – could reach 13 million by the end of the year.

Before the pandemic, nine out of 10 people were treated within 26 weeks. Despite huge efforts by NHS staff, that is now 44 weeks, and more than 300,000 people have been waiting over a year for non-urgent care.

This includes hip replacements, knee surgery, and cataract treatment, all of which can severely limit someone’s quality of life.

On social care, the government says that under the current system anyone with assets over £23,350 pays for their care in full. This can lead to spiralling costs and the complete liquidation of someone’s assets.

Around one in seven people now pay over £100,000 and there is an unfair discrepancy between someone who has dementia paying for their care in full, while someone cared for by the NHS receives care for free.