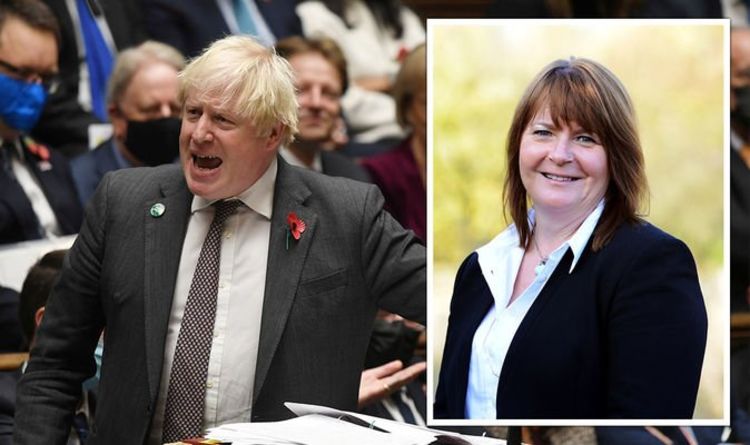 Tories aimed to reject the committee’s conclusions and reform the adjudicating procedure for MPs following last week’s vote. At the same time, it would extract power from Kathryn Stone, who has served as Standards Commissioner since her appointment in 2018. She was in charge of pursuing the investigation into Mr Paterson and previously had the Prime Minister in her sights.

But the experience has, according to those close to her, left her determined.

Tammy Banks, who serves in one of the committee’s non-political roles, said the events “strengthened” her position.

She told Sky News Ms Stone “stood firm” and delivered, as the Government’s actions left her “quite upset”.

And as such, she has resolved to stay on in her vital role.

On Thursday, Business Secretary Kwasi Kwarteng, in a television interview, questioned whether she should consider quitting.

He said it was “difficult to see what the future of the commissioner is” after the Government reviewed the process.

Mr Kwarteng added it was up to Ms Stone to “decide her position”.

Environment Minister George Eustice followed today when he declined to say she shouldn’t leave her job when speaking to Andrew Marr.

She has led several inquiries over her tenure and notably admonished the Prime Minister more than once.

The Commissioner has pulled him up on holidays funded by Tory donors and his “over casual attitude” to declaring financial interests.

Times commentator Matthew Parris questioned whether the Prime Minister wanted to use the Owen Paterson case to damage independent scrutiny.

Writing in a column on Saturday, he offered one “version” of events that suggested the Prime Minister may have been “determined from the start” to “piggy-back on to Paterson, get rid of Stone”.

He added Mr Johnson may have wanted to “avenge himself on his inquisitors and tame the whole parliamentary standards process” before it “threatened him personally”.

Civil service representatives and opposition MPs have come out in force at Ms Stone’s side.

Dave Penman, the general secretary of the Association of First Division Civil Servants (FDC) trade union, defended her against an “orchestrated and deliberate attempt” to undermine the regulator and “influence decision-making”.

He added the recent statements from ministers have come after “months of anonymous, vicious briefings” against Ms Stone.

And shadow Commons speaker Thangham Debbonaire called on Mr Johnson to “distance himself” from what she called “attempts to poison British politics”.

She added the “corrupt” Government is attempting to “bully the standards commissioner out of her job”.

After months clamoring for Mueller’s findings, Congress weighs what’s next. First, a subpoena for everything