Home » Politics » Boris Johnson: We don’t need EU, 60m new jabs to be made in Britain 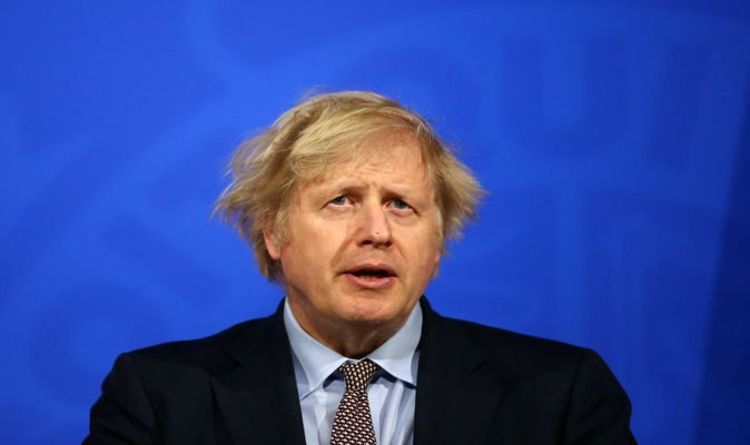 Vaccine: Expert says UK should be ‘cautious’ over success

Novavax will be “bottled” in the UK, not Germany as originally intended with pharmaceutical giant GlaxoSmithKline to “fill and finish” the new doses in the North. The move will ensure a homebased vaccine industry, to protect the nation from any Brussels blockade on doses from abroad. The EU had threatened to block vaccine exports to the UK earlier this month and their policy in this area is still unclear.

Previously, the Novavax vaccine was due to be manufactured in Stockton-on-Tees, in County Durham, but transported to Germany for bottling.

Now, the doses will be put into vials at a GlaxoSmithKline plant at nearby Barnard Castle.

He announced the preparations to roll out the two-shot Novavax vaccine at a Downing Street news conference yesterday.

The vaccine is expected to be approved by the Medicines and Healthcare products Regulatory Agency in May.

Mr Johnson said: “At the same time as we push forwards with our programme to offer a vaccination to all adults by the end of July, we’re building up our own longterm UK manufacturing capabilities. I’ve already told you that Novavax – a potentially significant new weapon in our armoury against Covid – is going to be made in the North-east.

“And I can today announce that the Vaccine Taskforce has reached an agreement with GSK to finish and bottle this precious fluid, also in the North-east, giving us between 50 and 60 million doses of UK-made vaccine subject to the right approvals from the MHRA.” 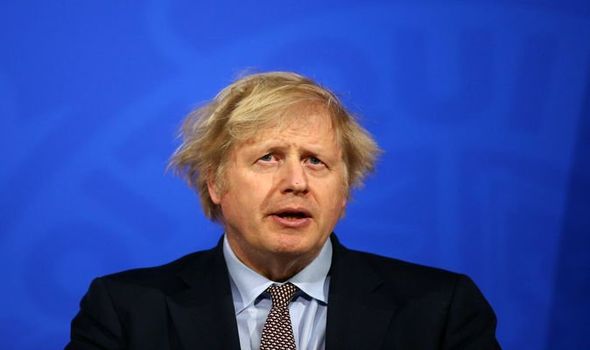 If approved, the stockpile would be big enough to inoculate half the UK adult population with the required two doses.

It will also mean the UK has access to four vaccines after the Moderna jab was approved recently to add to the Oxford University/AstraZeneca and Pfizer stocks.

Health Secretary Matt Hancock said he was “delighted that GSK will provide manufacturing support to the Novavax vaccine onshore”. He added: “British life science is going from strength to strength.

“We’ve all seen just how important onshore vaccine manufacturing capabilities are, and this fantastic deal will ensure more of these vital products can be produced here in the UK.

“The UK’s vaccination programme has been a national success, with over 30 million people now having received a first dose of a vaccine.

“Should the Novavax vaccine meet our medicine regulator’s high standards of safety and effectiveness, the agreement reached today will boost these efforts over the coming months.”

He also used the news conference to celebrate “a big day for many of us” with the replacement of the Government’s “stay at home” message with new advice to enjoy the outdoors. The PM said: “I must stress that it is only because of months of sacrifice and effort that we can take this small step to freedom today and we must proceed with caution.

“It is great to see that yesterday we recorded the lowest number of new infections for six months. Deaths and hospital admissions across the UK are continuing to fall.

“But that wave is still rising across the Channel and it is inevitable as we advance on this roadmap that there will be more infections, and more hospitalisations and sadly more deaths. So what we need to do is continue flat out to build the immunity of our population, build our defences against that wave when it comes.

“I know how much the Government has asked of people in the last year, but I also know how magnificently people responded.

“It’s my view, overwhelmingly, people are determined to continue to do that and they do understand the need for caution.”

And he urged people to use the new freedom to get fit and build up the country’s “national resilience”. 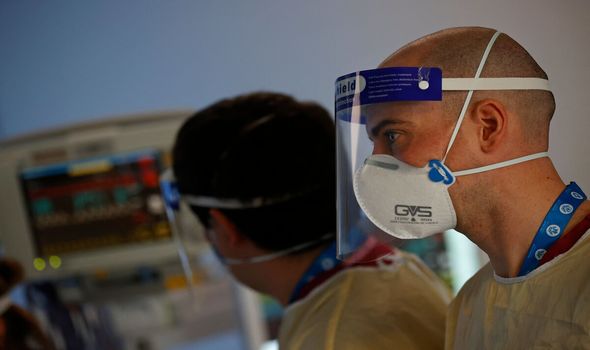 Mr Johnson said: “There is one other way we can all build our own individual defences against Covid and enjoy ourselves at the same time and that is to take more exercise.”

A bombshell poll showed that more than a quarter of people believe the European Commission President is responsible for the slow rollout of jabs. It came as Chancellor Angela Merkel leapt to the defence of blundering eurocrats, claiming “perfectionism” is to blame for her country’s flawed response to the pandemic.

Germany’s woeful mass vaccination scheme has left the country in the midst of a third wave of coronavirus infections.

But just 14 percent claimed Mrs Merkel was responsible for the sluggish scheme.

This compared to the 26 percent pinning the blame on Ms von der Leyen.