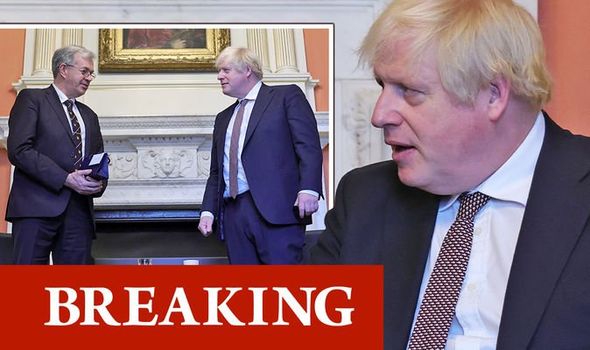 The Prime Minister met with Jersey Chief Minister, Senator John Le Fondré and the island’s minister for external relations to discuss the recent escalation in rhetoric from Paris.

They warned they would be willing to cause disruption to shipments from the continent and even cut off electricity supplies unless their demands were met.

Mr Johnson this afternoon renewed his support to protect Jersey from any fallout over the fishing row.

“He underlined the strength of the UK/Jersey relationship and committed to continue working closely together on issues of mutual importance.

“On fishing licenses, the Prime Minister reaffirmed his support for Jersey’s approach which has been reasonable and fully in line with the Trade and Cooperation Agreement (TCA).

“He noted that both the UK and Jersey were issuing licenses on basis of evidence of historic fishing activity, as required by the TCA.”

Under the terms of the Brexit trade deal struck last December, fisheries which can prove they have accessed UK waters for a least one day a year for four years must be granted licences giving them permission to continue to do so.

Officials in London say all those who have provided the necessary evidence have been given permits.

Mr Johnson told Jersey the actions of the French government were “unjustified” as he warned any action taken by Paris to follow through on their threats would break international law.

The spokesman added: “The Prime Minister said that France’s recent threats were unjustified and would have breached the TCA.

“He reiterated that the UK would continue to stand behind Jersey in the event that they were carried through, although he welcomed their deferral and said he hoped that they would be taken off the table permanently.

“Both sides agreed that they would continue to assess new evidence in support of the remaining license applications and that technical discussions with the EU Commission and France would continue.”

Mr Macron appeared to backtrack on his threats two weeks ago when he announced he was suspending the implementation of retaliatory measures to allow for talks to continue.

The UK had vowed to respond with tough action of its own if France had followed through.

Earlier this year, Mr Johnson was forced to deploy the Royal Navy to protect Jersey due to a clash over fishing rights.

In May, French fishermen prepared to block access to the Channel Island’s main port unless more licences were issued.

Gutfeld on Oberlin College losing $11 million to a bakery 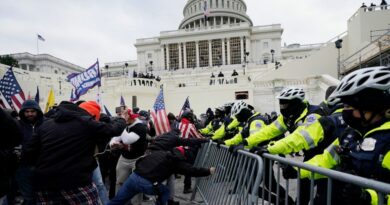