Home » Politics » Covid 19 coronavirus: Ministers get vaccine and provide update on schedule for the vaccine rollout 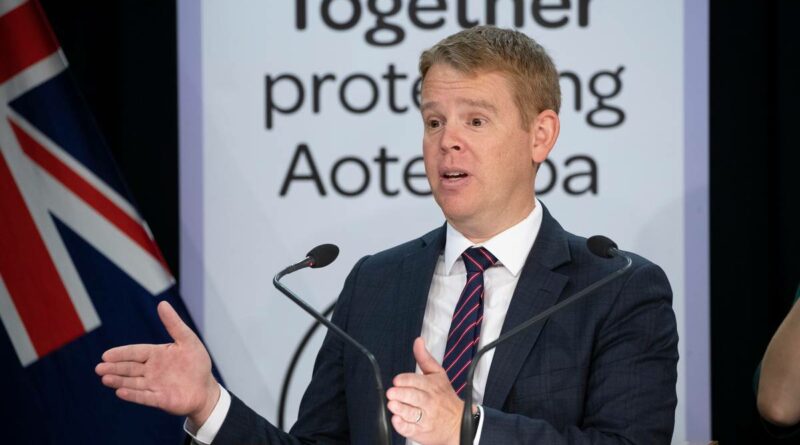 Covid-19 Response Minister Chris Hipkins is providing the latest numbers on the vaccine rollout this morning.

He is also getting his first dose of the Pfizer vaccine, as is Associate Health Minister Ayesha Verrall.

It follows the release of a review into the Government response to the August outbreak last year, which said it was too reactive, lacked clear lines of accountability, and didn’t seek enough expertise outside the health sector.

Last week’s vaccine update showed that 41,500 people had received the first dose of the Pfizer vaccine, and 500 had had both doses.

The National Party has questioned why the Government isn’t releasing daily vaccination numbers, but on Monday Prime Minister Jacinda Ardern said that would only happen when the rollout to the general population started in July.

This month, Hipkins said that about 6000 to 7000 doses should be administered daily by this week.

National has also called on the Government to adopt a vaccination target, but Hipkins has said the goal was simply to vaccinate as many people as possible.

The rollout has not been without its issues. It has been criticised as too slow compared to other countries, but Dr Nikki Turner, the head of the independent Immunisation Advisory Centre, said it didn’t need to be as quick as in other countries, nor did there need to be a vaccination target.

Meanwhile, a sweeping review of the booking system is under way after a data breach exposed the personal details of more than 700 people.

And yesterday the Ministry of Health’s northern coordination centre apologised after it ran out of vaccines by lunchtime and those with appointments missed out – even though some walk-ins were able to get a jab.

Yesterday Hipkins said Government ministers with health or Covid-related portfolios would be the first Labour MPs to be vaccinated, with himself and Verrall first.

MPs from other parties with similar portfolio responsibilities were also invited to be vaccinated early.

Hipkins has said that it was a balancing act to decide when to vaccinate ministers as they wanted to encourage up-take, but didn’t want to be seen to be queue-jumping.

It remains unclear when Ardern will get vaccinated.

Border and MIQ workers are now getting their second round of shots, and first jabs for high-risk people in high-risk settings are scheduled to begin now, people at risk of getting very sick from Covid from the start of May, and the rest of thepublic from July.

Turner believed the vaccine rollout was going well so far, although she did not have the data on the numbers vaccinated.

The Government estimates that 5 per cent of the population will refuse the vaccine, and 20 per cent will be hesitant.