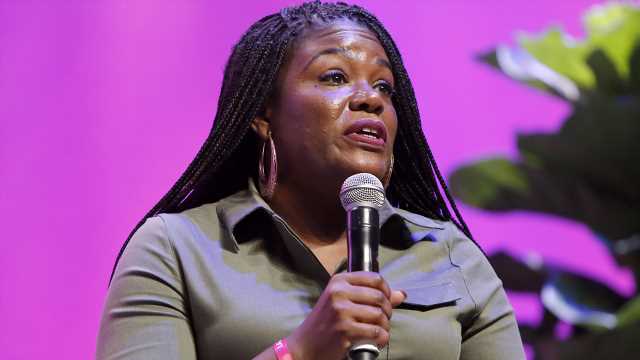 Freshmen Rep. Cori Bush, D-Mo., drafted a resolution Wednesday, calling for the "expulsion" of the Republican congressmen that pledged to object the results of the Electoral College in an attempt to overturn the results of the 2020 Presidential Election.

Bush’s resolution follows the breach of the U.S. Capitol building Wednesday afternoon by a mob of pro-Trump supporters opposed to the certification of the Electoral College results.

Wednesday's breach was the first time the U.S. Capitol had been infiltrated since the War of 1812, when the Capitol was burned by British soldiers in 1814.

Speaker of the House Nancy Pelosi and Vice President Mike Pence were evacuated from the Capitol while other congressional members bunkered down in secure locations as Capitol Police attempted to regain control of the building.

"I believe the Republican members of Congress who have incited this domestic terror attack through their attempts to overturn the election must face consequences," Bush wrote on Twitter. "They have broken their sacred Oath of Office."

"I will be introducing a resolution calling for their expulsion," she added.

GOP Senators Josh Hawley of Missouri and Ted Cruz of Texas led the way in the highest chamber along with a group of 11 other Republican lawmakers, who pledged to object to certain state’s Electoral College results, despite Senate Majority Leader Mitch McConnell, R-Ky., urging them to accept the results.

President Trump had called for protestors to head to the U.S.  Capitol after weeks of claiming voter and election fraud occurred in the Presidential Election, without providing sufficient evidence.

Democrats and Republicans called on the president to condemn the rioters and tell them to leave the Capitol building.

"We are calling on President Trump to demand that all protestors leave the U.S. Capitol and Capitol Grounds immediately," Speaker Nancy Pelosi, D-Calif. and Senate Minority Leader Chuck Schumer, D-N.Y.

The president did tell the rioters to "go home" in a video posted to Twitter Wednesday afternoon, but he continued to reiterate his claims that the election was stolen from him.

He then praised the crowd who broke into the Capitol through force and fought with Capitol Police, telling them "We love you" and "You're very special."

Trump’s Twitter account was later frozen by the social media company and the video removed from You Tube for violating the rules of both platforms.

Facebook: We shouldn’t become the gatekeeper of truth on candidate ads