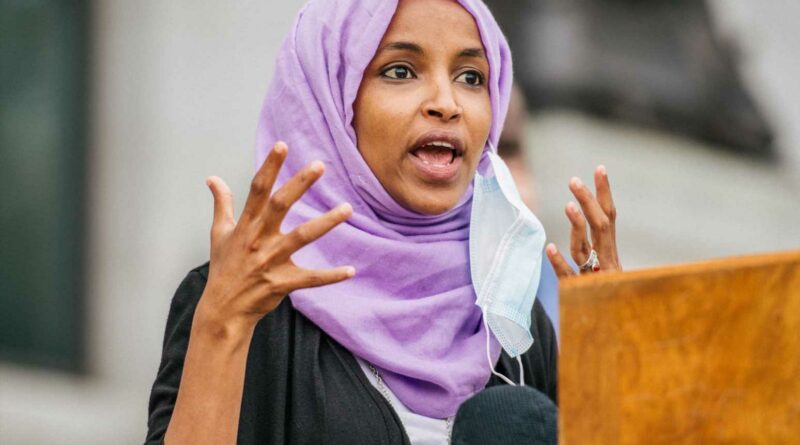 Several Democratic lawmakers and one Republican called for President Donald Trump to be impeached for a second time over his efforts to encourage rioters who took over the U.S. Capitol in an attempt to overturn the presidential election.

Rep. Ilhan Omar (D-Minn.) said on Wednesday she’s drawing up articles of impeachment on Wednesday afternoon while many lawmakers were still on lockdown in the Capitol. “Donald J. Trump should be impeached by the House of Representatives & removed from office by the United States Senate,” she tweeted. “We can’t allow him to remain in office, it’s a matter of preserving our Republic and we need to fulfill our oath.”

The Republican governor of Vermont, Phil Scott, called for Trump to resign or be removed from office in a series of tweets Wednesday evening.

“President Trump has orchestrated a campaign to cause an insurrection that overturns the results of a free, fair and legal election,” Scott tweeted. “There is no doubt that the President’s delusion, fabrication, self-interest, and ego have led us — step by step — to this very low, and very dangerous, moment in American history.”

“The fabric of our democracy and the principles of our republic are under attack by the President. Enough is enough,” he added.

Rep. Ayanna Pressley (D-Mass.) tweeted that “our democracy is literally under assault” and called to impeach the president. “Donald J. Trump incited this violence and is directly responsible for this attempted coup,” she wrote.

Rep. Alexandria Ocasio-Cortez (D-N.Y.) weighed in Wednesday night after she was in lockdown for several hours. She tweeted simply: “Impeach.”

Impeaching the president now, weeks from when he’ll leave office, would be unusual. But so is what happened Wednesday when hundreds of Trump supporters stormed the Capitol building as Congress convened to certify November’s election results.

Trump had a clear role in their efforts: Soon before they descended on the Capitol, the president addressed the crowd and repeated conspiracy theories that Democrats stole the election from him. He urged them to go to the Capitol and make their feelings heard to lawmakers. “We will not let them silence your voices,” he said.

Hours later, the rallygoers made their way downtown where the scene quickly turned into a riot: Protesters tore down security barricades, climbed the walls of the Capitol building and pushed past Capitol police officers into congressional chambers. Offices were evacuated and members of Congress were sheltered in place as the rioters ― sporting a mix of Make America Great Again logos and Confederate flags ― violently clashed with police to protest the election results.

Trump did little to discourage the rioters, tweeting to the mobs to “please support our Capitol Police and Law Enforcement” and “stay peaceful!” shortly after 2:30 p.m. He later posted a video statement to Twitter calling for peace but again reiterating that the election had been stolen from him.

“I know your pain. I know you’re hurt. We had an election that was stolen from us. It was a landslide election and everyone knows it, especially the other side. But you have to go home now,” Trump said.

There were multiple reports of injuries, and police confirmed one woman had been shot and later died. The president later ordered the National Guard to the Capitol building.

Advocacy organizations, including the NAACP, Stand Up America and Citizens for Ethics, called for Trump’s impeachment. In a Wednesday statement, NAACP President Derrick Johnson accused Trump of inciting a coup due to his “reckless leadership, a pervasive misuse of power, and anarchy.”

“In the latest show of failed leadership, we witnessed the Capitol under siege by bad actors who had no other objective than to disrupt the constitutional proceedings of a fair and rightful transition of power. At this moment, President Trump is silent and continues to perpetuate lies and disinformation for his selfish amusement and personal gain,” Johnson said.

“We must not allow President Trump to continue to place our nation in peril,” he continued. “The NAACP calls for President Trump’s impeachment so that he will never again be able to harm our beloved country, and more importantly, its people.”

GOP Rep. Adam Kinzinger (Ill.) released a video statement Wednesday evening calling on Republican leaders to condemn Trump’s behavior in order to course-correct the GOP. Although Kinzinger did not call for Trump’s impeachment, he came close ― accusing the president of inciting a coup because he did not like the election results.

“The storming of the Capitol was a coup attempt with the purpose of overturning an election of a newly elected president. The current president incited this coup, encouraged it, and did little to protect the Capitol and the Constitution,” Kinzinger said.

“In the past two months, the president has encouraged conspiracy theories, threatened elected officials and bullied the entire Republican Party to overthrow the will of the people. This authoritarian bullying is what the founders feared and it is not what the GOP stands for,” he continued. “Our party must reject these treasonous acts if we are to ever win back the trust of a majority of this country.”

Rep. Cori Bush (D-Mo.) also called out Republican leaders. The newly elected congresswoman said she plans to introduce a resolution calling for the expulsion of GOP congressional members “who have incited this domestic terror attack through their attempts to overturn the election.”