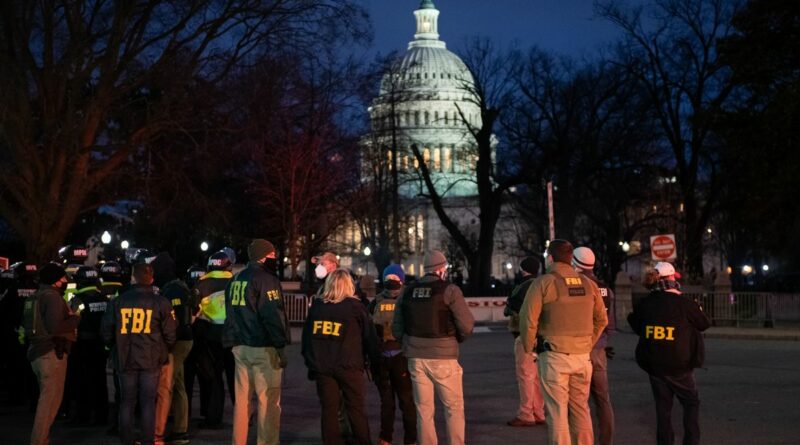 The unprecedented violence that Donald Trump’s supporters wreaked on the U.S. Capitol on Wednesday spurred a wave of Republican criticism of the president, suggesting the potential for the GOP to increasingly distance itself from Trump as he leaves office.

Senator Richard Burr of North Carolina pinned the blame for the mob that broke into the Capitol squarely on Trump.

“The President bears responsibility for today’s events by promoting the unfounded conspiracy theories that have led to this point,” Burr said in a statement, noting that courts had already rejected Trump’s efforts to overturn his November election loss to Joe Biden.

Senator Roy Blunt of Missouri, a member of the chamber’s GOP leadership team, told reporters, “It’s a tragic day, and he was part of it.”

Former New Jersey Governor and Trump supporter Chris Christie flagged that the president and his son had spoken to the crowd, and the subsequent violence “is the result of their words,” whether intended or not. He said on ABC that Trump’s initial response to simply call for protesters to be peaceful was “not good enough.”

Republicans who’ve previously clashed with the president were more strident.

GOP Senator Ben Sasse of Nebraska said, “This violence was the inevitable and ugly outcome of the president’s addiction to constantly stoking division.”

The day also saw a notable split between Trump and his own vice president, with Mike Pence issuing a statement saying he had no intention of interfering with the congressional validation of Biden’s victory in the Electoral College. Trump tweeted in reaction that Pence “didn’t have the courage to do what should have been done to protect our Country and our Constitution.”

“The United States Capitol — the world’s greatest symbol of self-government — was ransacked while the leader of the free world cowered behind his keyboard, tweeting against his vice president for fulfilling the duties of his oath to the Constitution,” Sasse said.

Trump’s claim that the Nov. 3 result was fraudulent, while baseless, saw most congressional Republicans hold off on recognizing Biden as president-elect — showcasing the president’s sway over the caucus. A week after Election Day,only four Republican senators, including Mitt Romney of Utah, had acknowledged Biden’s win.

Splits started to widen after the Electoral College met and voted for Biden on Dec. 14, spurring Senate Majority Leader Mitch McConnell and others to recognize Biden as president-elect — in turn fueling antagonistic tweets by Trump. The internecine tensions deepened as the outgoing president increasingly attacked authorities in his own party for failing to overturn his loss in Georgia, which has a GOP governor and secretary of state.

On Wednesday, Trump’s failure to swiftly call for his supporters to remove themselves from the Capitol triggered widespread calls by GOP members to do just that.

Trump’s first tweet following the Capitol breach urged protesters to “stay peaceful,” but fell short of telling them to vacate the building. Pence later tweeted and demanded that the demonstrators leave.

“Peaceful protest is the right of every American but this attack on our Capitol will not be tolerated and those involved will be prosecuted to the fullest extent of the law,” Pence tweeted. “The violence and destruction taking place at the U.S. Capitol Must Stop and it Must Stop Now. Anyone involved must respect Law Enforcement officers and immediately leave the building.”

Senator Ted Cruz, one of the Republicans who had led the efforts to challenge the Electoral College results in Wednesday’s joint session of Congress, also condemned the mob that broke into congressional buildings.

“The Constitution protects peaceful protest, but violence –from Left or Right — is ALWAYS wrong,” Cruz tweeted. “And those engaged in violence are hurting the cause they say they support.”

French Hill, an Arkansas Republican, told Bloomberg News that it was time for Trump to address the protesters and encourage a peaceful transfer of power so the nation could move forward.

“To use violence to make the assumption that the election is not legitimate and cannot be certified I think is exactly what our founders were concerned about,” Hill said. “We’ve seen their worst fear play out today.”

Trump later tweeted out a video message telling his supporters to go home, but by then, blood had already been shed. A woman was shot and later died as a result of the violence, according to the Capitol police.

Other Republicans, including John Thune of South Dakota, the No. 2 Senate Republican, earlier in the day began assigning blame to Trump for the party’s poor performances in Georgia’s Senate runoff elections on Tuesday — saying the president’s unsupported claims of rigged elections had given voters less incentive to show up and vote for their candidates.

With the party now headed for the minority in both houses of Congress, and out of the White House, Republican lawmakers will need to craft a fresh message heading into the 2022 election, and decide what role if any Trump will continue to have.

“President Trump claims the election was stolen,” McConnell said in his speech after the joint congressional session began. Dismissing those claims, he said that the election wasn’t even particularly close and that it was Congress’s job under the Constitution to accept the results and certify Biden the winner.

McConnell excoriated the effort by more than a dozen of Republicans to lodge what amounted to a doomed protest vote against the election results.

“The voters, the courts and the states have all spoken. They’ve all spoken. If we overrule them, it would damage our republic forever,” he said.

Most Senate Republicans seemed likely to follow his lead, even before the mob broke into the Capitol and lawmakers were evacuated in a chaotic episode that drew global condemnation.

With the Senate now returning to Democratic control for the first time in six years, Republicans now face a couple years in the wilderness, with no unity on where to go next. 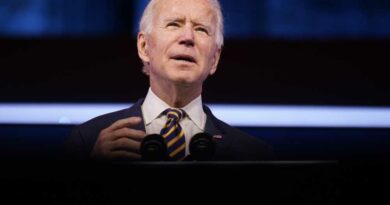