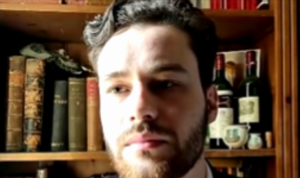 EU 'may not exist in 20 years' says Loughnane

Political commentator Benjamin Loughnane dismissed the former Chancellor’s claims about Brexit whilst speaking to journalist Kevin O’Sullivan. Mr Loughnane swiped back at Mr Osbourne’s comments, stating that the EU may not even exist in 20 years’ time. There has been a big push for Prime Minister Boris Johnson to sort out proposed trade deals, in order to help boost the British economy. The political commentator also said that the lag in the British economy was due to lockdowns and not Brexit.

Mr O’Sullivan said: “He’s gone but he’s predicting now that we could effectively be back in the EU within 20 years because leaving Europe has done so much harm to our economy.

“Meanwhile the Shadow Justice Minister, the Labour MP Anna McMorrin, she says that Labour should renegotiate its current deal.

“Should get back into the single market, with a view to fully rejoining the EU, so yesterday’s Rwanda flight decision was a tremendous encouragement to the remainers who still refuse to accept the democratic decision of this nation to leave the EU.”

“That is if the EU even exists in 20 years, I don’t think it will certainly not in the form that it currently exists.

“Because if it does then that will be a shocking lack of growth, for an organisation which desperately needs to reform itself or go bust effectively.

“But the reason the economy is in a shambles isn’t because of Brexit it’s because of lockdown, let’s face it we’ve had two years of the economy completely shut down.

“How can you turn around and blame that on Brexit, it is absolutely farcical.”

Mr O’Sullivan added: “Well I think George is just desperate to say he was right all along, but if you’re watching George we still think you were wrong all along and that’s why you’re not in politics anymore.”

Despite Mr O’Sullivan’s claims that the slog on the British economy is due to the Government imposed lockdowns because of the pandemic, other political commentators claim that Brexit is just not working.

Journalist Piers Morgan tweeted: “At some stage, Brexit needs to start working – because so far, I see no evidence it is doing anything other than making British lives more difficult. I say this as someone who voted Remain but accepted the result & now wants to see Brexit work the way we were promised it would.”

DON’T MISS: Ukraine power shift: Russian forces depleted by 96% as UK, US and Germany vow to step in

Mr Reeves said: “A modern supply-side approach cannot and must not ignore the task of making Brexit work for British businesses and consumers.

“So we must address the flaws in the Brexit deal hitting our food and drinks manufacturers, creative industries, professional services and more, through repairing and strengthening our supply chains and building on the UK-EU trade deal to cut red tape for exporters.

“We need to adopt an approach that seeks to solve problems in a practical way for UK companies, and aims to build trust, rather than continually retreating to the issue of Brexit as a domestic political wedge.” 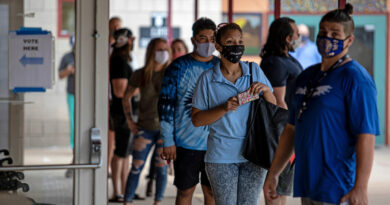