The Tesla and SpaceX CEO is famous in his role as an innovator, wanting to go further than anyone before him on electric vehicles and space travel and having set himself the goal of being “born on earth [check] and dying on Mars [pending]”. His latest pursuit is far more grounded. Musk has bought Twitter and hopes to improve the relationship of the platform – with its more than 200million users – with free speech. Some of his critics argue, however, his ownership will have the opposite effect.

Cornerstone Global Associates founder Ghanem Nuseibeh agreed that Twitter has “some serious issues to deal with”.

He noted the platform has been acting as both “judge and jury”, and questioned the decision to ban then-sitting US President Donald Trump while continuing “to allow Iran’s leader to tweet in support of destroying Israel”.

A poll run by Musk on Twitter itself before he launched his bid suggested most Twitter users agree the platform is not doing a good job of adhering to the principle of free speech.

Over 70 percent of the more than two million respondents said they held this view, a result which prompted the world’s richest man to suggest Twitter “fundamentally undermines democracy”.

But Mr Nuseibeh insisted Musk was not the right man to fix the problem – at least not alone.

He told Express.co.uk: “Elon Musk has – quite legitimately – strong views about many subjects. And it is his strong views that make him an inappropriate mediator when it comes to free speech.

“Whether one agrees with Musk or not on any of the subjects he has commented on, he is not an impartial person.”

The strategy consultant added that “what makes Western democracy and free speech in general a sound way of life is the ability to accept differing opinions”, on which point he suggested Musk had failed to “set the right example” by blocking various Twitter users.

Musk has himself outlined a test to discover if speech really is free, which is when “someone you don’t like [is] allowed to say something you don’t like”. He did not add whether that “someone” has to be listened to.

Toby Young, Director General of the Free Speech Union, agreed, labelling Musk in a comment for Express.co.uk a “steely-eyed free speech warrior” and outlining his hope that Twitter is taken back to what it was originally: “The free speech wing of the free speech party.”

Regardless of the strengths of this case, critics suggest the boundaries of free speech should be drawn up not by a single multibillionaire but by Governments, backed by their voters.

Mr Nuseibeh said: “This is the danger of ascribing the responsibility of free speech particularly on such a prominent platform like Twitter, to one person. Free speech is too important a thing to give to one person, whether one agrees with him or not.

“This is now the responsibility of democratic governments to regulate free speech on social media platforms.”

DON’T MISS:
Boris urged to cut the ‘soundbites’ and focus on action [OPINION]
Tory civil war erupts as Scottish Conservatives REFUSE to back Boris [REPORT]
Prince Andrew legal settlement with Giuffre ‘will have been millions’ [REVEAL]

Barrister and author Jamie Susskind also asked in the Financial Times, “why should he be allowed to impose his conception [of free speech limits] on the rest of us?”, adding: “It doesn’t follow that, by virtue of being very rich, a person should have unaccountable power to set the terms of social debate.”

But Musk said he only wishes to mediate free speech “within the bounds of the law”.

He added Twitter should remain “politically neutral” at a management level, meaning “the far right and the far left [are upset] equally” and that: “I hope even my worst critics remain on Twitter, because that is what free speech means.”

If his account is to be believe, Musk’s Twitter will not see free speech extended beyond the legal bounds set by governments but will fight against censorship in the opposite direction – that is, away from the legal parameters, or, rather, censorship by choice.

He wrote in a post on Twitter: “If people want less free speech, they will ask government to pass laws to that effect.”

The Financial Times highlighted it was “hard” to find a business case for Musk to takeover Twitter, given the platform “found no viable alternative offer and failed to convince its sole bidder that it was worth more than £50.20 a share – nearly 30 percent below last year’s high point”.

Though it suggested his decision may have been based, at the least, on the desire to save himself from social media censorship.

While many Twitter users have threatened to leave the platform because of the success of Musk’s bid, there has yet to be any evidence these claims will materialise.

For author Frank Furedi, Twitter will, at the end of the day, continue to operate in round about the same way as it does now.

He told TalkTV: “When reality hits us, we’ll realise that by and large we still have the same old Twitter with the same old problems.”

Rep. Paul Gosar: Trump was right to withdraw troops from Syria – We should protect US borders instead 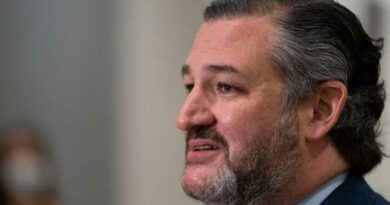