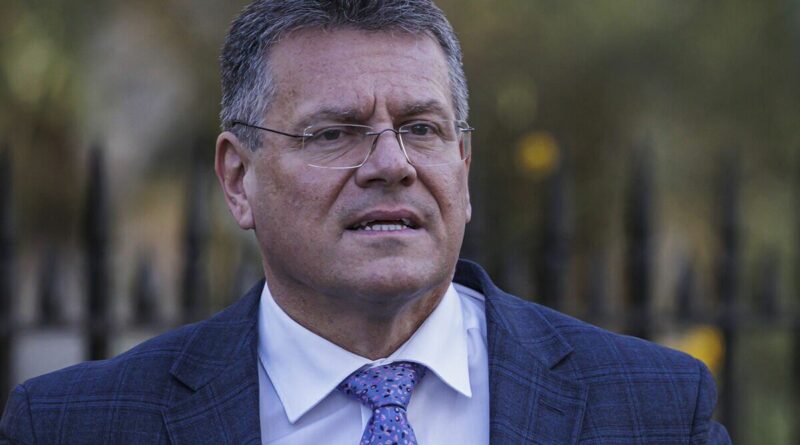 The Government claims officials from the bloc won’t log into a new IT system that helps to track trade between Britain and Northern Ireland. They say the technology would help ease the bloc’s concerns about Brexit threatening the EU’s single market and could be the key to a breakthrough in the deadlocked negotiations.

Brussels warned there was a risk of goods moving from Northern Ireland into the EU via the Republic in the south, unless customs checks were imposed.

In order to prevent a hard border on the island of Ireland, the checks take place on goods travelling from the British mainland to the province – but the implementation of the solution has had a disastrous impact on trade within the UK’s internal market.

Britain says the tech solution would help ease EU fears over a spill over of goods into the continent and would allow customs checks to be removed, helping ease the UK’s trade frictions.

However, despite the database being operational since January, it claims Brussels officials are refusing to use the new IT system.

Foreign Secretary Liz Truss is said to be furious EU vice-president Maros Sefcovic is not seizing on the opportunity to ease Brexit problems.

“The EU says it wants solutions and reassurances, and here they are plain as day,” a Government source told The Telegraph.

“We urge the EU to be reasonable and make use of this offer so we can get on with fixing the Protocol and protecting the hard-won gains of the Belfast Good Friday Agreement.”

Former Brexit minister David Jones said the developments were the latest proof of the EU being “obstructive” in relations with the UK.

He said: “It’s just another respect in which the Protocol is not working and is causing friction both in terms of trade and also between the UK and the EU.

“There’s no doubt they’re being obstructive.

“I think that has been part of the EU’s game plan for some time, they’ve shown a lack of flexibility in negotiations.

“Until such time as they realise the Protocol doesn’t work, and can never work in its current form, there’s going to be no option but for the UK Government to legislate unilaterally.”

Talks between the UK and EU over fixing trade issues have been taking place since last October.

Brussels has agreed to open up a fast-track lane for goods heading to Northern Ireland with minimal customs checks, if there is little chance of entering the single market.

Only those deemed of being at risk require full checks.

However, the UK says by not accessing the new database, the EU is refusing to look at the information that would allow such a system to be implemented.

The EU rejects the claims made by the UK, blasting the Government’s IT system as being inadequate.

They said the system does not “provide the functionalities that would enable risk-based selections of goods entering Northern Ireland” and as a result the bloc cannot “assess whether there are reason”.

Trump’s Court Pick Welcomed by GOP Senators Ahead of Hearing 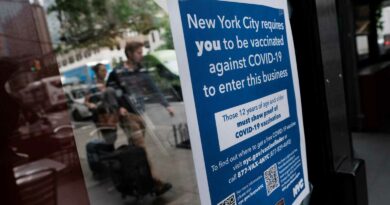