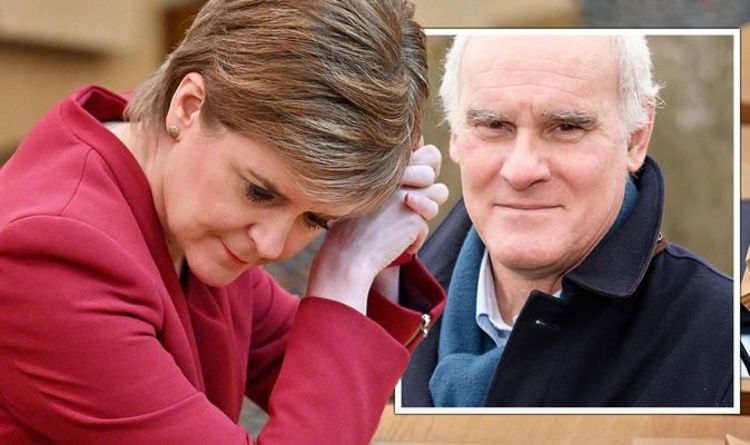 Angus Robertson labels state of the union 'unfit for purpose'

EU Ambassador to the UK João Vale de Almeida also played down hopes of Scotland joining the EU if it was to become independent. When asked about the prospect of Scotland joining the bloc and becoming independent, he said: “You know how we deal with countries that want to rejoin the European Union and I’m sure the same rules would apply if that hypothetical scenario is confirmed which is far from being the case.” The rare message from the senior bloc diplomat comes as Nicola Sturgeon pledged that Scotland “wants to return” to the European Union following independence.

She urged Brussels to “leave a light on” for Scotland after 62 percent of Scots voted to remain in the EU in the 2016 referendum.

But concerns have been raised by Unionist politicians that Scotland would not be appropriately placed to be in the bloc, with the Institute for Government (IfG) warning SNP ministers an independent Scotland faces a decade-long wait to join the European Union.

A major problem would also be the prospect of whether a hard border would have to be erected between Scotland and England, potentially causing severe disruption to the flow of goods and the movement of people.

Minister for Immigration and Borders Kevin Foster, said: “We are coming out of a period of a pandemic, the first to hit the UK in over a century.

“We should be getting on the day job, not debating this philosophical subject.”

Donald Cameron MSP, Scottish Conservative Constitution spokesperson, said: “This is a significant intervention that quietly pours cold water on the SNP’s plans for an independent Scotland to re-join the European Union.

“The SNP simply have no answers to the major questions on the criteria for EU membership.

“We saw during the election how they were all over the place on their plans for a hard border between an independent Scotland and the rest of the UK.

“The SNP should immediately drop their obsession with pursuing another divisive independence referendum.”

Wendy Chamberlain, Lib Dem MP for North East Fife, added: “The SNP would leave Scotland outside of both the UK and the EU without a second thought if it allowed them to get what they really want.

“The SNP should be focused on the recovery from the pandemic, not a continued focus on leaving the UK.”

German MEP Gunnar Beck said the comments were an “unusual interference in the internal affairs of the UK” now Britain was a non-member state.

But the EU lawyer, who is a European Parliament member for the Alternative for Germany party, added: “It’s quite obvious that the EU isn’t keen to welcome Scotland.”

The MEP also claimed the EU’s approach with Scotland is similarly taken in line with Catalonia and it’s 2014 self-determination referendum and independence calls.

He said: “It’s highly unusual and strangely in line with the position they’ve taken on Catalonia.

“The EU has never given any encouragement to the Catalonia independence movement.”

“Scotland is well-placed to become a member state having been inside the EU for 47 years and fully committed to the EU’s core values.”

The Scottish First Minister said during an interview earlier this year that the government of an independent Scotland would negotiate terms with Brussels to “allow businesses to keep trading”.

Ms Sturgeon said she was “not denying” that Scotland would “need to confront and resolve the issues of being in the European Union for the border between Scotland and England”.

And she continued: “If we do that in away that allows businesses to keep trading, because businesses are already paying the price of having a border because of Brexit, we open up the European Union again.

“That is massively important for Scottish businesses, and also makes Scotland more attractive again in terms of inward investment to secure that access to the single market.” 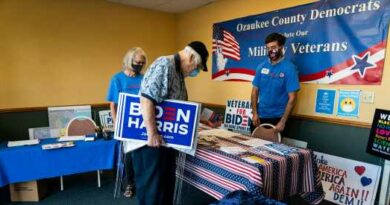