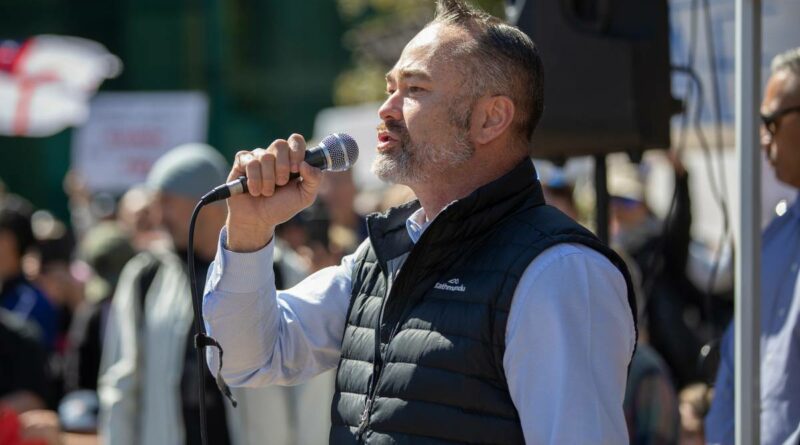 Billy Te Kahika has quit politics and shut down his controversial party after his failed bid for power at last year’s election.

The leader of New Zealand Freedom Party (formerly known as the New Zealand Public Party) revealed the move this afternoon, saying he was going to “focus on being an activist”.

Te Kahika has a number of controversial views, including that Covid-19 was a bioweapon designed to be used on civilians around the world.

He fronted numerous marches against the Government’s Covid-19 response.

“This is not the end of my fight for freedoms and being a voice for concerned Kiwis – I am leaving the political world to be what I have now become and that is a voice for all concerned New Zealanders and a commentator about the important issues as an independent activist journalist,” he said in a statement.

He went on to form the New Zealand Public Party, which then merged with the Advance New Zealand Party, set by up ousted National MP Jami-Lee Ross.

The party attracted a mere 28,000 votes – just 1 per cent of the vote – and the relationship between the pair soured after the poor election showing. They severed ties last October.

Advance NZ had a large following on social media, with supporters sharing conspiracy theories about Covid-19, the United Nations, and 5G, among others.

Ilhan Omar On Trump’s Bid To Flip Minnesota: ‘He Effed Around And Found Out’