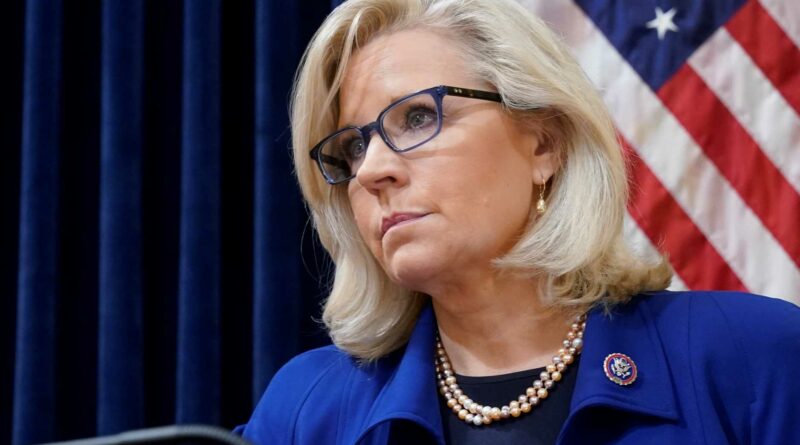 Rep. Liz Cheney told Donald Trump on Thursday to "Bring it" after the ex-president endorsed a primary challenger to the Wyoming Republican.

In a statement posted to Twitter, Trump formally endorsed Harriet Hageman in her bid to unseat Cheney in the 2022 midterm elections.

The former president said that "Harriet Hageman adores the Great State of Wyoming, is strong on Crime and Borders, powerfully supports the Second Amendment, loves our Military and our Vets, and will fight for Election Integrity and Energy Independence."

"Harriet has my Compete and Total Endorsement in replacing the Democrats number one provider of sound bites, Liz Cheney," the former Republican president added after calling Cheney a "warmonger" and "disloyal Republican."

Cheney quickly fired back on Twitter, which has banned the former president for his false and incendiary statements, including his claims that he lost the 2020 election to President Joe Biden as a result of fraudulent ballots.

"Here's a sound bite for you: Bring it," wrote Cheney, the daughter of former Vice President Dick Cheney, who once held her House seat.

Trump's endorsement is the latest battle in a bitter feud with Cheney, who has enraged his supporters by calling on Republicans to abandon their loyalty to him, and by agreeing to serve on the special House committee investigating the Jan. 6 Capitol riot by a mob of Trump fans.

Hageman is a prior supporter of Cheney.

In 2013, she served as an advisor to Cheney's brief campaign to unseat then-Sen. Mike Enzi, another Republican, according to the Wyoming-based Casper Star-Tribune.

The paper reported at the time that the Hagemans and the Cheneys are old friends and that Hageman herself once said that her father, a state legislator, was a Young Republican with Dick Cheney.

Cheney was one of 10 House Republicans who voted to impeach Trump following for his role in inciting insurrection at the U.S. Capitol. She later was stripped of her leadership position in the GOP House caucus for what was seen as political heresy by lawmakers loyal to Trump."

Trump in his statement on Thursday also claimed that Hageman "has the support and respect of a truly great U.S. Senator, Wyoming's own Cynthia Lummis."

Shortly afterward, the office of Sen. Cynthia Lummis, R-Wyo., clarified that she has not endorsed anyone in the House race but called Trump's endorsement of the attorney Hageman "inspired."

Lummis' spokesman, when asked about Trump's statement, told CNBC in a text, "Senator Lummis has known Harriet Hageman for decades, and has always considered her a dedicated supporter of our Wyoming way of life, a defender of our state's values, and a friend."

"While Senator Lummis is not making an endorsement at this time, she believes President Trump has made an inspired choice in backing Harriet Hageman," the spokesman said.