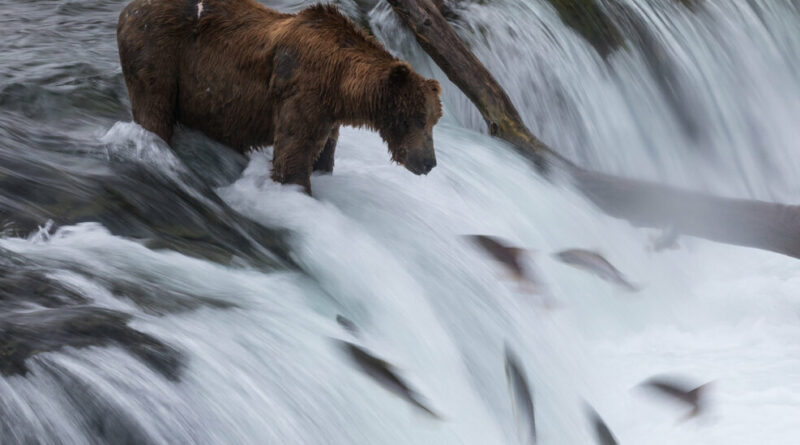 WASHINGTON — The Biden administration on Thursday took the first steps that would allow it to begin the process of protecting Alaska’s pristine Bristol Bay, one of the world’s most valuable sockeye salmon fisheries that also sits atop massive copper and gold deposits long coveted by mining companies.

In a statement, the Environmental Protection Agency argued that the administration of President Donald J. Trump acted unlawfully in 2019 when it rejected concerns that a proposed massive gold and copper mine would threaten the fisheries, withdrawing federal protections from Bristol Bay.

The move will have little immediate effect because the Trump administration ultimately denied an essential permit for the project, known as Pebble Mine, in 2020. That happened after President Trump’s son Donald Trump Jr. and the Fox News personality Tucker Carlson, both of whom enjoyed hunting and fishing in the region, joined environmental activists and Native tribes to oppose the mine in an unlikely coalition.

But environmental activists noted that the decision to reject the permit by the U.S. Army Corps of Engineers is being appealed by the Pebble Limited Partnership, the company seeking to build the mine. The company wants to dig a pit, more than a mile square and one-third of a mile deep, to obtain the metals, estimated to be worth at least $300 billion. The project would include the construction of a 270-megawatt power plant and 165-mile natural-gas pipeline, as well as an 82-mile road and large dammed ponds for the tailings — some of them toxic. It would also require dredging a port at Iliamna Bay.

At the moment, there is nothing in place to stop a new attempt at a mining project in the region, though the Biden administration’s request to the court is seen as a first step in changing that.

“I’m pleased the Biden administration has taken this important step to secure permanent protection for this unparalleled watershed and the salmon and people that it supports,” Gov. Jay Inslee of Washington State, a Democrat, said in a statement to The Times. “Mining in the Bristol Bay watershed would have caused irreparable harm to the largest sockeye fishery in the world.”

Both federal and state agencies found that the proposed Pebble Mine, which would be located in two watersheds that feed fish-spawning rivers, would cause permanent damage. Scientists say it would destroy more than 130 miles of streams, 2,800 acres of wetlands and 130 acres of open water.

On the campaign trail, President Biden made a promise to “listen to the scientists and protect Bristol Bay.”

Extolling the region as foundational to the way of life for Alaska Natives, a sought-after destination for anglers and the source of half the world’s sockeye salmon, Mr. Biden said, “It is no place for a mine.”

The administration of President Barack Obama concluded in 2014, after a three-year scientific review, that the Pebble Mine project could have “catastrophic” effects, including a “complete loss of fish habitat due to elimination, dewatering, and fragmentation of streams, wetlands, and other aquatic resources” in some parts of Bristol Bay.

Mr. Obama’s E.P.A. issued a proposed determination under a provision of the Clean Water Act that would have acted like a veto and effectively banned mining in the area. But the agency faced several lawsuits from the Pebble Limited Partnership, and when Mr. Trump took office the determination was still not finalized.

In 2019 the Trump administration, which by then had rolled back nearly 100 environmental regulations, withdrew the Obama-era designation altogether and denounced it as “outdated” — citing lawsuits by the Pebble Mine company as one of the significant new developments.

Representatives of the Pebble Mine Partnership and its parent company, Northern Dynasty Minerals Ltd., did not immediately respond to email requests for comment.

In a statement, the E.P. A. administrator, Michael Regan, said that if the court ruled in the Biden administration’s favor, the agency would announce a schedule for resuming a process to protect the Bristol Bay from development under the Clean Water Act.

“What’s at stake is preventing pollution that would disproportionately impact Alaska Natives,” Mr. Regan said, “and protecting a sustainable future for the most productive salmon fishery in North America.”

DR MAX PEMBERTON: Why that drip-drip of nagging damages your health