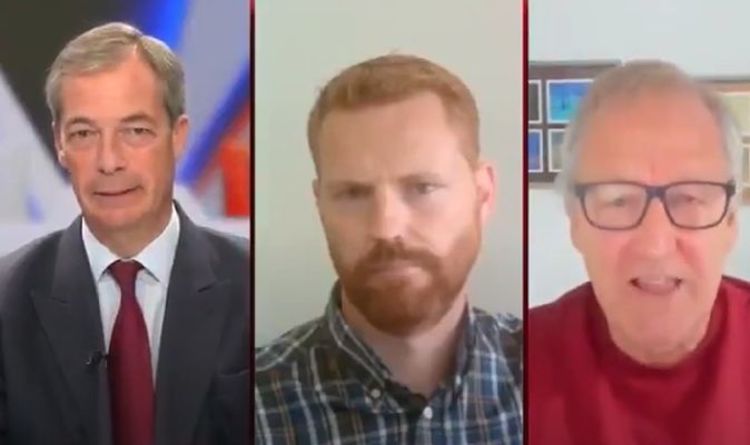 Howard Cox, the founder of Fair Fuel UK, has blasted the Government’s handling of the HGV driver shortage amid continued disruption to petrol supplies. Long queues for petrol have been reported in London and the South-East as the army is deployed to plug the demand for tanker drivers. Mr Cox told GB News presenter Nigel Farage the army should have been brought in much earlier in the crisis and blamed Boris Johnson’s Government for their incompetence.

Mr Cox told GB News the petrol crisis was down to the Government being “totally incompetent.”

“The point is we had this virtue signalling the don’t panic call by [Transport Secretary] Grant Shapps, of course we know what would happen if you were to say don’t panic.”

“We had this call for the army to be on stand by, what does stand by mean!?” Mr Cox continued

“These guys, there are tanker drivers in the army who already drive petrol and diesel tankers.

“Yes they might have to understand how to dip a tanker and how to handle in a forecourt but that will take a morning’s bit of training.

“Why weren’t they but out there straight away on strategic areas, the arteries that matter?

He repeated: “It is ridiculous, it was completely incompetent.”

On Sunday, Prime Minister told the BBC’s Andrew Marr that the fuel crisis is “abating” despite continuing reports of long queues for petrol in some parts of the country.

Grilled about a warning by Chancellor Rishi Sunak that shortages could continue to Christmas, Mr Johnson said: “Rishi is invariably right in everything he says.”

He then added hurriedly: “It depends how you interpret what he is saying.”

Around 100 trained drivers with an additional 100 support troops are due to be deployed over the coming week. The Petrol Retailers Association has welcomed the move.

Brian Madderson, chairman of the Petrol Retailers Association, said the fuel crisis is predominantly affecting London and the South-East.

Mr Madderson said there were only “one or two dry sites” north of London and that the “general improvement has continued”, but that the situation in London and the South-East remained difficult.

Speaking to Sky News, he said: “It’s all really to do with the population, we have 25 million-plus living in and around London [and the] home counties.”