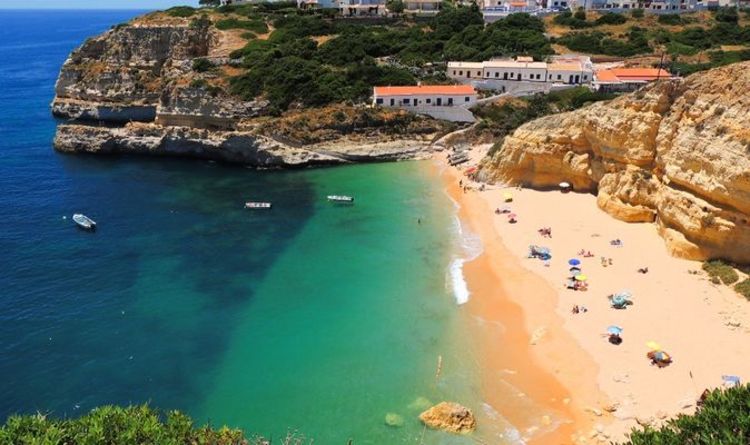 Canary Islands: Expert on why islands should be on green list

The Government ruled that no major holiday destinations are now safe for travel. In a fresh blow, Portugal – the only major tourist spot on the 12-country green list – will be removed from Tuesday. No new countries will be added.

Transport Secretary Grant Shapps insisted he was taking a “safety first approach” after a worrying mutation to the Indian variant emerged.

He said he did not want to put the June 21 freedom day at risk by opening up travel too soon. He said: “The first thing to do is protect the unlock domestically and not put that in danger, which potentially a vaccine-defeating mutation could do. So, it’s a safety-first measure.”

Mr Shapps insisted moving Portugal to the amber list was a “difficult decision to make” but said there were two changes that have caused concern.

He added: “One is the positivity rate has nearly doubled since the last review in Portugal.

“The other is there’s a Nepal mutation of the so-called Indian variant which has been detected and we just don’t know the potential for that to be a vaccine-defeating mutation and simply don’t want to take the risk as we come up to June 21 and the review of the fourth stage of the unlock.”

Seven countries, including Sri Lanka and Egypt, have now been added to the red list. 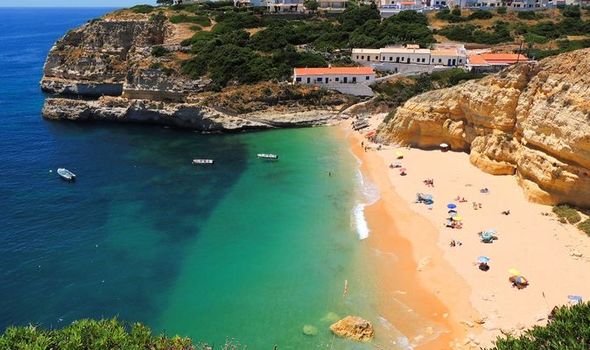 Public Health England is investigating the new mutation to find out if it is more transmissible and has greater resistance to vaccines.

Ministers said the transport industry had “suffered” but insisted the Government is providing £7billion in support.

Mr Shapps said preventing more cases being brought into the UK would “protect the future”.

The updated travel rules were announced after the first three-week review following the introduction of the new traffic light system.

Mr Shapps struck a gloomy note about the prospect of major changes in the next assessment at the end of the month.

He said Europe “will catch up” with the UK’s vaccination programme, but is now about 10 weeks behind.

The Transport Secretary added: “I don’t know exactly what that will mean in terms of the summer.”

He called for a “bit of patience” but warned the UK needs to make sure its vaccine programme works against all the mutations that are emerging.

Mr Shapps said: “We want to give ourselves the best possible chance of that domestic unlock.

“We don’t want to see a potentially vaccine-defeating mutation come in and it’s better therefore to act rather than to leave it and regret it later.”

Scores of ­football fans returning from the Champions League final in Portugal last weekend have been told to self-isolate after multiple flights reported passengers testing positive for coronavirus.

At least five flights organised by Manchester City and Chelsea have been affected.

The final had been moved from Turkey after the country was placed on the red list. 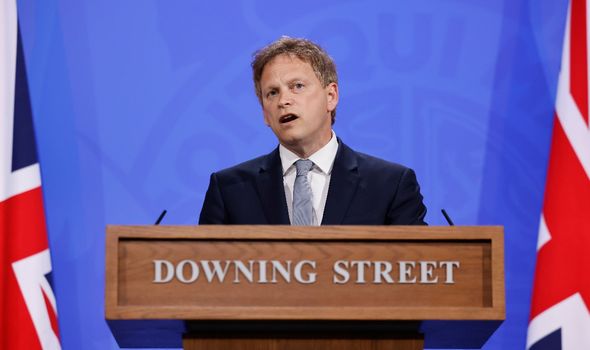 Talks to hold the match in the UK had failed after Uefa wanted 2,000 VIPs, sponsors and other guests to be given permission to enter the country.

Sports journalist Dom Farrell travelled to Porto for work and received a notification from NHS Test and Trace four days after flying home, telling him he needed to self-isolate for seven days.

He said it “just seems silly” the match wasn’t held at Wembley.

He added: “There will be people who were on that flight who will have paid for a ticket, paid for all their tests, and will now maybe be losing a week of work.”

The travel traffic light system classes countries as green, amber or red depending on Covid levels, vaccination rates and whether they have worrying variants.

Travellers from amber areas will have to quarantine at home while arrivals from red zones have to isolate at a hotel. All have to take Covid tests.

Many holidaymakers in Portugal face a scramble for flights home before it loses its green status at 4am on Tuesday. 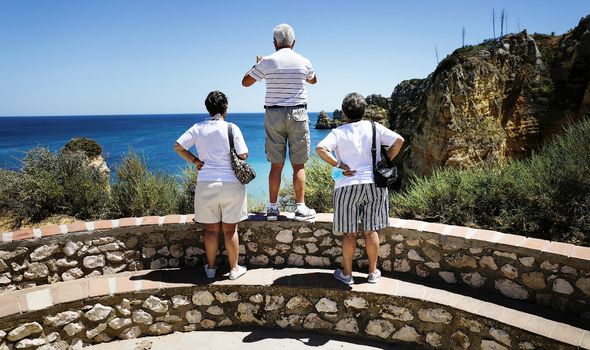 A statement said: “Portugal continues to carry out its safe and gradual deconfinement plan, with clear rules for the safety of those who live here or visit us.”

The updated travel lists have dealt a hammer blow to the already struggling tourism industry. Paul Charles, chief executive of consultancy The PC Agency, said failing to expand the green list was a “terrible decision”.

He said: “It shows little awareness of the safe destinations globally and is at odds with how citizens from other countries such as America are travelling.

“Those British citizens who have been fully jabbed should be given more flexibility to travel to a wider range of green destinations.

“They are basically putting at risk tens of thousands of jobs across aviation and the travel sector, and not showing any signs of helping the sector to recover.”

Virginia Messina, of the World Travel and Tourism Council, said it was a “huge disappointment”.

She said: “There are so many countries with similar vaccination levels and low infection rates as the UK to which travel should be restored immediately, such as the US and Malta. It is essential we kick-start the return of international travel to save the aviation industry and the global tourism sector.”

John Foster, CBI director of policy, said businesses across the country are losing out because of the restrictions.

He said: “The international travel sector is on its knees and unable to trade its way to recovery.”

Would the last person to leave the British travel industry please turn out the lights?

This green list holiday havoc is a brutal kick in the cojones for the hundreds of thousands of decent people who work for tour operators, travel agencies, airports, airlines, hotels and more. 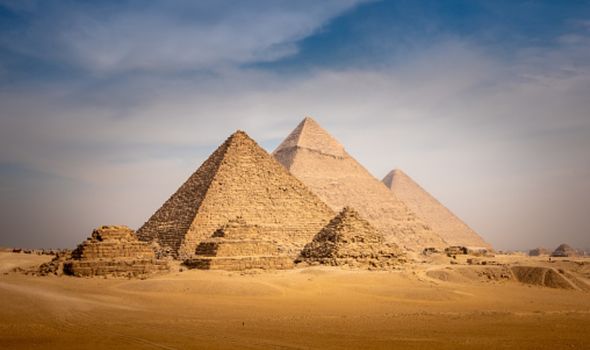 Consumer confidence is everything in travel. It’s already desperately fragile, and this could shatter it. It’s not just a nail in the coffin – it’s a dagger to the already bleeding heart. Many jobs may go. Businesses may shut.

There were high hopes this week that there would be more destinations added to the green list. We’ve been through months of winter lockdown misery, and the vaccine rollout is going brilliantly. Surely, surely, we thought yesterday, the Government would be throwing us a bone.

Malta? A Greek one? Perhaps one of the Balearics or Canaries? Anything would have been welcome for the travelling public and the industry. Instead, we got zero, zip, zilch, nada…nothing. And then the Government drip-fed us the even worse news that Portugal moves to amber on Tuesday. You could hear an anguished groan of disbelief across the nation – from the homes of millions to the battered boardrooms of the travel industry.

It was the one major European sunshine destination we could easily and safely go to. What happened to the green watch list between green and amber? Why isn’t Portugal on that to give people fair warning? 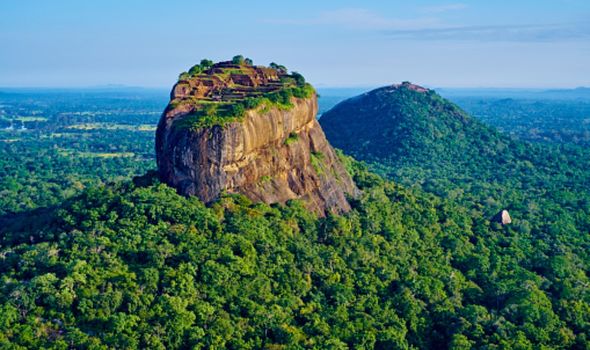 What’s that loud bang? Oh, it’s the sound of the door slamming shut on the summer holiday plans of tens of thousands of Britons. Plus, of course, we have been told by the Prime Minister that amber is for essential travel only and holidays are not essential. In these difficult times, that is broadly true. Much as we all want and need a break, unfortunately, it’s not a given right and we must recognise the risk of importing the Covid variants out there.

But it’s been 16 months of coronavirus travel chaos and, at this rate, we seem to be heading for a second shambolic main summer season. Supposedly we were not returning to 2020’s crazy Thursday 5pm “Shapps o’clock” holiday hokey cokeys on Twitter, when Britons were forced to cough up for expensive flights to scramble back home before a Saturday 4am quarantine.

Yet here we are again with the race (albeit now a middle-distance four-day one) now on to get back from Portugal.

EU countries 'should be on UK green list' says O'Leary

We need a coherent, consistent plan for restarting leisure travel, not more of this frustrating, expensive on-off confusion which also shafts the Portuguese travel industry who welcomed us with open arms – and did all the right things with virus measures. Britain’s travel industry is drowning, not waving, and the Government must take immediate and robust action to support it so it’s still around to take us to our favourite destinations as soon as they get the green light.

No offence to the good folk of the still green-listed South Sandwich Islands, and much as I like an Antarctic Fur Seal, it’s not exactly on the nation’s sunshine getaway radar.

Looks like it’s play safe with staycations and seacations for the moment. The prospects for meaningful overseas travel look as miserable as a lost flip-flop washed up on a Med beach.

Democrats Again Limit Who Will Receive A Stimulus Check

‘I Thought You Might Have Been High When You Said It’: Booker Slams Biden on Legal Weed Stance