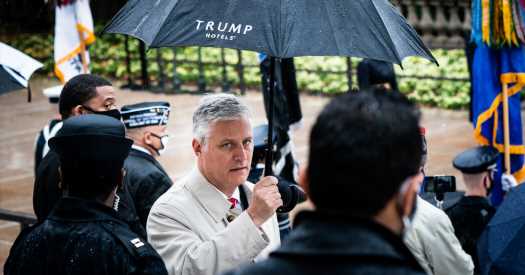 The House select committee has used the August congressional recess to delve into discussions inside former President Donald J. Trump’s cabinet about removing him from office after the riot. 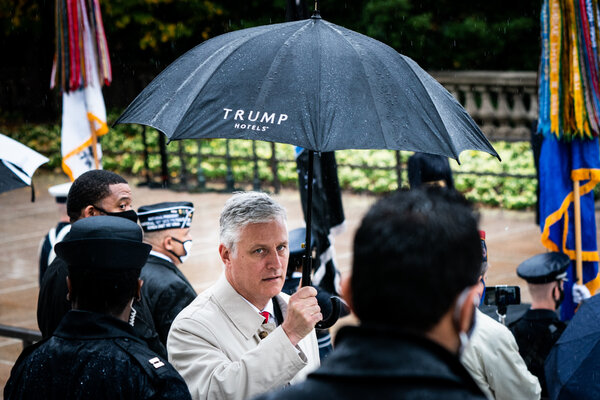 By Luke Broadwater and Maggie Haberman

WASHINGTON — The House select committee scrutinizing the Jan. 6 attack has used the August congressional recess to gather more evidence as it prepares to resume public hearings next month, dispatching investigators to Europe and digging deeper into discussions by former President Donald J. Trump’s cabinet after the riot about removing him from office.

The panel has been holding closed-door interviews with senior Trump administration officials in an effort to uncover more about the period between Jan. 6, 2021, when a mob of Mr. Trump’s supporters attacked Congress, and Jan. 20, when President Biden was sworn in, including talks about invoking the 25th Amendment.

Investigators asked Mr. O’Brien about discussions inside the cabinet about whether to invoke the 25th Amendment to remove Mr. Trump from office; about whether he considered resigning; and about the access that Mike Lindell, the MyPillow CEO and election conspiracy theorist, had to Mr. Trump, according to a person familiar with the matter.

Mr. O’Brien’s former deputy, Matthew Pottinger, testified before the committee publicly last month and described how he felt compelled to resign after the events of that day.

Making a case against Trump. The House committee investigating the Jan. 6 attack is laying out a comprehensive narrative of President Donald J. Trump’s efforts to overturn the 2020 election. Here are the main themes that have emerged so far from eight public hearings:

An unsettling narrative. During the first hearing, the committee described in vivid detail what it characterized as an attempted coup orchestrated by the former president that culminated in the assault on the Capitol. At the heart of the gripping story were three main players: Mr. Trump, the Proud Boys and a Capitol Police officer.

Creating election lies. In its second hearing, the panel showed how Mr. Trump ignored aides and advisers as he declared victory prematurely and relentlessly pressed claims of fraud he was told were wrong. “He’s become detached from reality if he really believes this stuff,” William P. Barr, the former attorney general, said of Mr. Trump during a videotaped interview.

Pressuring Pence. Mr. Trump continued pressuring Vice President Mike Pence to go along with a plan to overturn his loss even after he was told it was illegal, according to testimony laid out by the panel during the third hearing. The committee showed how Mr. Trump’s actions led his supporters to storm the Capitol, sending Mr. Pence fleeing for his life.

Fake elector plan. The committee used its fourth hearing to detail how Mr. Trump was personally involved in a scheme to put forward fake electors. The panel also presented fresh details on how the former president leaned on state officials to invalidate his defeat, opening them up to violent threats when they refused.

Strong arming the Justice Dept. During the fifth hearing, the panel explored Mr. Trump’s wide-ranging and relentless scheme to misuse the Justice Department to keep himself in power. The panel also presented evidence that at least half a dozen Republican members of Congress sought pre-emptive pardons.

The surprise hearing. Cassidy Hutchinson, ​​a former White House aide, delivered explosive testimony during the panel’s sixth session, saying that the president knew the crowd on Jan. 6 was armed, but wanted to loosen security. She also painted Mark Meadows, the White House chief of staff, as disengaged and unwilling to act as rioters approached the Capitol.

Planning a march. Mr. Trump planned to lead a march to the Capitol on Jan. 6 but wanted it to look spontaneous, the committee revealed during its seventh hearing. Representative Liz Cheney also said that Mr. Trump had reached out to a witness in the panel’s investigation, and that the committee had informed the Justice Department of the approach.

A “complete dereliction” of duty. In the final public hearing of the summer, the panel accused the former president of dereliction of duty for failing to act to stop the Capitol assault. The committee documented how, over 187 minutes, Mr. Trump had ignored pleas to call off the mob and then refused to say the election was over even a day after the attack.

Mr. O’Brien’s participation with the committee was reported earlier by NBC News. He is the latest in a series of senior Trump officials to testify in recent weeks.

The panel interviewed Elaine Chao, the former transportation secretary, earlier this month. Ms. Chao, who is married to Senator Mitch McConnell, Republican of Kentucky and the minority leader, also resigned after the violence of Jan. 6.

The committee’s investigators have also taken testimony privately from Mike Pompeo, the former secretary of state, about the former president’s state of mind around the time of the attack and his fitness for office. They also questioned him about discussions that he reportedly had with Steven Mnuchin, the Treasury secretary, about the possibility of invoking the 25th Amendment after the attack.

Mr. Pompeo was evasive in response to the committee’s questioning, according to a person familiar with his interview.

Mr. Pompeo, who had previously strenuously denied any such discussions, offered a more muted recounting this week. He told Fox News recently that the panel was “chasing witches.”

‘I’m an opportunist’: With all eyes on the Judiciary Committee, the office across the hall seeks to capitalize