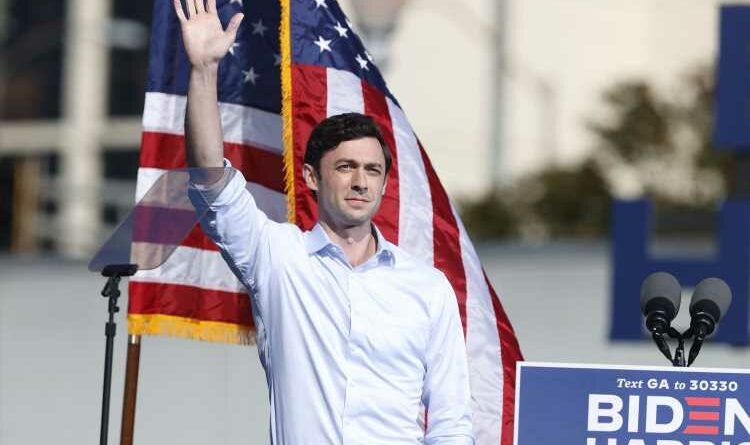 As the nation’s attention turned to riots in the U.S. Capitol building Wednesday, the final Senate race in Georgia was called in favor of the Democratic candidate Jon Ossoff.

Senator-elect Ossoff, 33, will become the youngest member of the Senate body.

The two runoff elections ended a dramatic 2020 election cycle, which also saw the Democratic Party win the presidency and maintain a slim majority in the House of Representatives.

Ossoff and Warnock’s elections mean the Senate will be split 50-50 along party lines, with Vice President-elect Kamala Harris serving as the tie-breaking vote for the Democrats, giving President-elect Joe Biden’s incoming administration a much easier path to passing legislation.

“I want to thank the people of Georgia for participating in this election, everybody who cast your ballot, everybody who put your faith and confidence in our democracy's capacity to deliver the representation that we deserve, whether you were for me, or against me, I'll be for you in the U.S. Senate,” Ossoff said in a video address Wednesday morning, as his lead over Perdue grew. “I will serve all the people of the state.” The Associated Press called the race Wednesday afternoon, after Ossoff’s lead grew beyond the margin of error — half a percentage point — that would allow for a recount under Georgia state law.

Perdue, 71, and Loeffler, 50, have yet to concede the elections. Representatives for both did not respond to PEOPLE's requests for comment Wednesday.

Biden, 78, called both Ossoff and Warnock, 51, to congratulate them on Wednesday.

“Georgia voters delivered a resounding message yesterday: they want action on the crises we face and they want it right now,” Biden tweeted. “Together, we'll get it done.”

Ossoff thanked Biden and said he’s “looking forward to working with you to get financial relief directly to the people, beat COVID-19, and build a healthier, more prosperous, more just America for all.”

The election was called amid chaos in Washington, D.C., where a joint congressional session to ratify Biden’s own election was disrupted by rioters who stormed the U.S. Capitol Building.

The unprecedented moment came after President Donald Trump, 74, spoke to a crowd of supporters outside the White House and implored them to march to the Capitol and his personal lawyer, Rudy Giuliani, said, “Let’s have trial by combat.”

Biden, who will be sworn into office on Jan. 20 as the 46th president, called on Trump to “step up” and tell his supporters to leave the building.

But he repeated his false claim that the election was "stolen" and said to the rioters, "We love you, you're very special."

Doug Ford moves ahead with Ontario municipal funding cuts in 2020