Home » Markets » ‘Why Am I Not Getting a Job?’: Months of No Work Show Risks 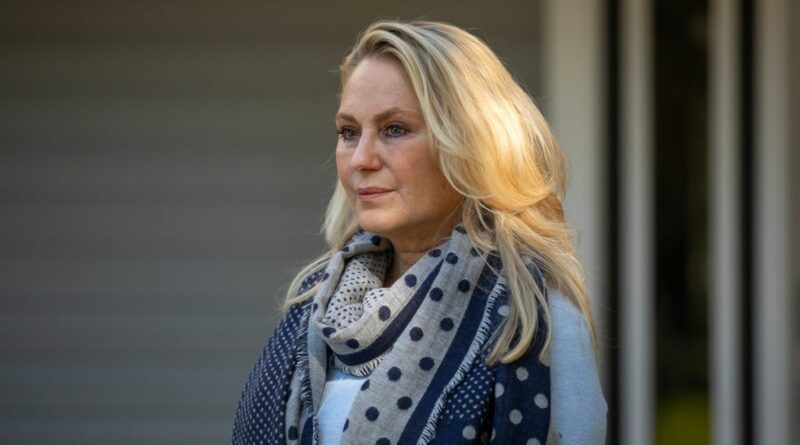 The ranks of America’s long-term unemployed are swelling as the pandemic nears a full year, increasing the likelihood of lasting impacts on their finances, health and wages.

While 12.3 million jobs have come back since the pandemic low in April, nearly 4 million Americans have been out of work for at least 27 weeks. That’s considered the threshold for long-term unemployment and the group is at a seven-year high.

Many of them will need to rely on government aid for longer as a resurgent pandemic made 2020 a historically challenging year for job seekers.

Prolonged unemployment harmsphysical andmental well-being, traps workers inpoverty and increases family stress, according to studies. The longer the spell of joblessness, the more difficult it becomes for workers to get reemployed, earn higher wages and prevent skills atrophy.

“It is a big deal already because we’re seeing over a third of the unemployed have now been long-term unemployed,” said Elise Gould, senior economist at the Economic Policy Institute. “That’s going to be continuing to rise.”

Some Federal Reserve officials at the central bank’s December meeting noted the difficult path ahead for the increasing ranks of long-term unemployed, according to minutes released Wednesday. Policy makers were concerned that virus resurgences in the coming months could weigh on the labor market, causing it to lag other measures of economic growth.

The government’s monthly jobs report on Friday will indicate whether the ranks of long-term unemployed expanded further in December. Economists project the labor market effectively stalled, with the median forecast in a Bloomberg survey calling for the smallest increase in payrolls since the employment rebound began in May.

Doreen White, 54, from Lakeland, Florida, used to work as a marketing manager for a women’s health clinic until her employer laid off staff in April. Government unemployment benefits helped, but she said she still had to withdraw funds from her retirement account to stay afloat.

“There’s a lot of emotions involved,” she said. “Why am I not getting a job? Why can’t I find something? A lot of self-doubt starts to creep in.”

Though the jobless may maintain a living through benefit checks, many can’t afford health care expenses. Even if they have cheaper insurance plans such as Medicaid, their access to mental health care is limited, Classen said.

The long-term unemployed are also more pessimistic about finding jobs, a 2014Gallup survey showed. Separateresearch has shown that those out of work for more than six months are unlikely to be working a year later and even less likely to have a stable job.

“That is a vicious cycle,” Classen said. “You take an income hit, you face a job stability hit, and likely have a worse health insurance.”

Even though people like White are eager to work, the economy hasn’t yet returned to full capacity, with many states reimposing lockdown measures to control new Covid-19 cases. The number of available jobs in October stood at 6.65 million, but more than 11 million workers were without a job during the month, according to the latest Labor Department data.

“There’s simply not jobs available for those people to return to,” Classen said.

Meanwhile, amid limited job prospects and a raging virus, many of the long-term unemployed may have to count on yet another stimulus package to bridge them to the other end of the pandemic. That looksincreasingly likely with Democrats close to sweeping the Georgia Senate runoff elections that will determine control of the chamber.

The federal government’s Pandemic Emergency Unemployment Compensation program, which offerspayments to those who exhausted their regular state unemployment benefits, will be phased out in March and April, extended from the end of 2020 in last month’s $900 billion aid law. By comparison, unemployment insurance eligibility during the Great Recession reached 99 weeks, almost twice as long as during the pandemic downturn.

Extended unemployment benefits help workers to find jobs better suited to their skills and benefit women, minorities and less-educated workers in particular, according to a Julyworking paper distributed by the National Bureau of Economic Research.Research also has indicated that more-generous benefits don’t necessarily discourage workers from returning to work.

“Did we learn those lessons from the Great Recession? I’m not sure,” said Gould of the Economic Policy Institute. “I feel like we’re about to repeat the same mistakes by not providing enough aid.”