Home » Politics » Klobuchar on possibility of Trump's political future after Senate acquittal: 'He is done' 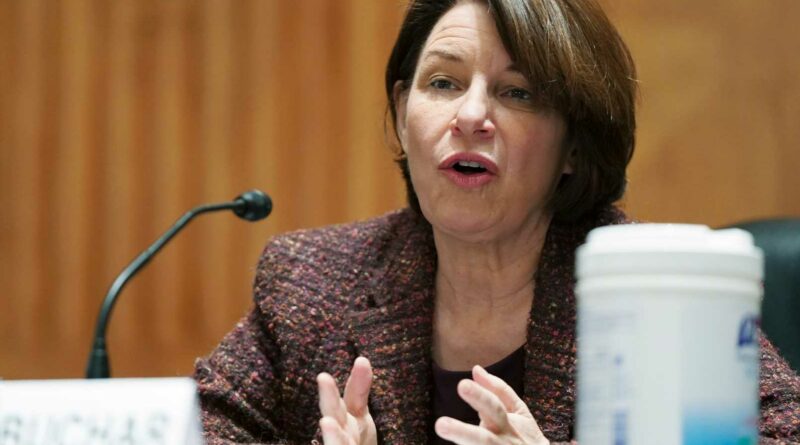 Sen. Klobuchar on Trump’s political future: ‘He is done’

Sen. Amy Klobuchar, D-Minn., reacts to Trump’s impeachment acquittal and weighs in on his potential future in politics on ‘Fox News Sunday.’ She also argues the events of the Capitol riot are ‘forever etched in the memories of Americans.’

Sen. Amy Klobuchar, D-Minn., said former President Donald Trump’s political career is over despite his acquittal in the Senate impeachment trial on Saturday.

REPUBLICANS WHO VOTED TO CONVICT TRUMP FACE BACKLASH AT HOME

“One, as Mitch McConnell points out, there’s a lot of other investigations going on about this man,” Klobuchar said. “Two, the American people have now seen clear out what he did. He violated his oath of office in what Liz Cheney called the greatest betrayal of a president’s oath of office in history. And those memories and those police officers’ screams will be forever etched in the memory of Americans.” 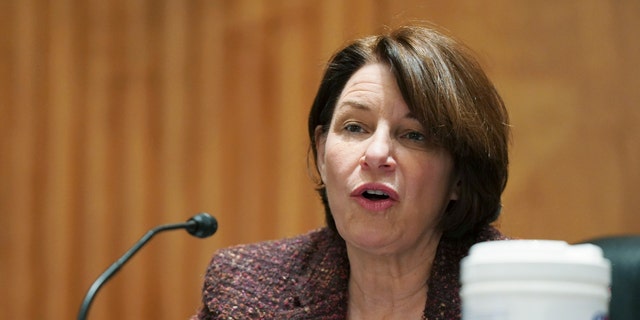 Sen. Amy Klobuchar, D-Minn., gives open remarks before the Senate Homeland Security and Government Affairs committee on nomination of Neera Tanden to become the Director of the Office of Management and Budget (OMB), during a hearing, Tuesday, Feb. 9, 2021 on Capitol Hill in Washington. (Leigh Vogel/Pool via AP)

Klobuchar’s claims come after Democrats acknowledged part of their impeachment push was to disqualify Trump from holding office in the future.

Meanwhile, many Republicans argue that Trump remains a major player in the GOP going forward.

CAN THE SENATE STOP TRUMP RUNNING FOR PRESIDENT AGAIN?

“I spoke to [Trump] last night,” Sen. Lindsey Graham, R-S.C., said earlier in the program. “He’s ready to move on and rebuild the Republican Party. He’s excited about 2022.”

“He’s mad at some folks, but I understand that. My goal is to win in 2022 to stop the most radical agenda I’ve seen coming out of the Democratic presidency of Joe Biden,” Graham continued. “We can’t do that without Donald Trump, so he’s ready to hit the trail, and I’m ready to work with him.”

Before Trump’s acquittal, Senate Majority Leader Chuck Schumer on Thursday did not rule out bringing legislation to bar the former president from office.

“We’re first going to finish the impeachment trial and then Democrats will get together and discuss where we go next,” Schumer said.

Democratic senators previously discussed invoking the 14th Amendment of the Constitution to do the same. The amendment states that person shall not be permitted to hold office if they “have engaged in insurrection or rebellion” against the U.S. “or given aid or comfort to the enemies thereof,” unless two-thirds of the House and Senate allow it.

Pelosi is the glue of fractured Democratic Party: Corey Lewandowski