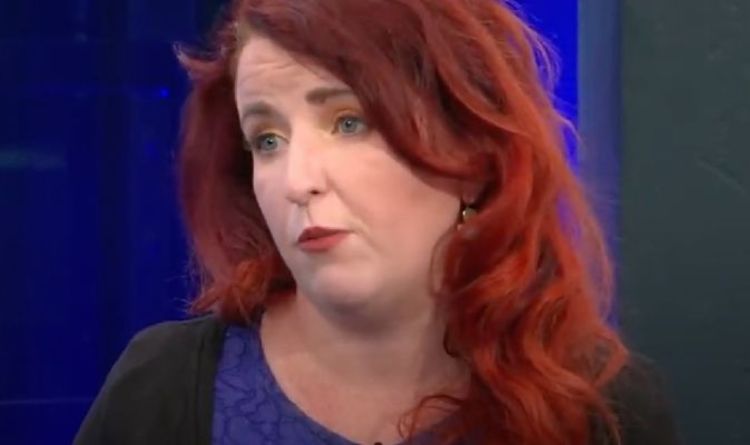 Demand for a border poll in Northern Ireland has grown since Brexit. This led GB News presenter Darren McCaffrey to grill Ms Haigh, Shadow Secretary of State for Northern Ireland, on where the Labour Party would stand on a United Ireland referendum. Ms Haigh dismissed notions she would act as a “persuader for the Union” in the event of a referendum on Irish unification in the future. An Irish border poll has not yet been triggered but can be called by the Northern Ireland Secretary at any point if they feel public opinion has shifted in favour.

Ms Haigh told GB News: “I think the first and most important principle is the principle of consent is still very much intact.

“It’s only for the people of Northern Ireland to determine their own constitutional future.

“And polls still suggest that there is a very firm majority in favour of remaining in the United Kingdom.

“It’s not my job to be a persuader for the Union.”

Mr McCaffrey pressed: “Surely if Labour get back into Government again, you’re somebody who wants to see the United Kingdom succeed.”

Ms Haigh said: “One of the important principles is that Britain shouldn’t have any strategic or selfish economic interest in the constitutional status of Northern Ireland.

“It’s up for the people in Northern Ireland to determine their own constitutional future.”

The GB News presenter probed again: “Do you think if there was a referendum on Northern Ireland’s future the British Government or British political parties shouldn’t interfere in that, shouldn’t be involved in it?”

Ms Haigh replied: “Yes, I would. I would say that you know, we’re a Unionist Party in the Labour Party.

“But if there is a border poll, then we should remain neutral.

“I think that’s an important principle.”

“Look, I believe in the Union,” she added.

“I believe we’re stronger together, I believe in the principles and values that underpin our Union.

“But it is a crucial element that has sustained peace… is the principle of consent and that underpins the Good Friday Agreement.”

Defund the police: What it means for Denver and who supports it

More than half of Latino families in Colorado reported difficulties paying bills during pandemic, poll finds – The Denver Post