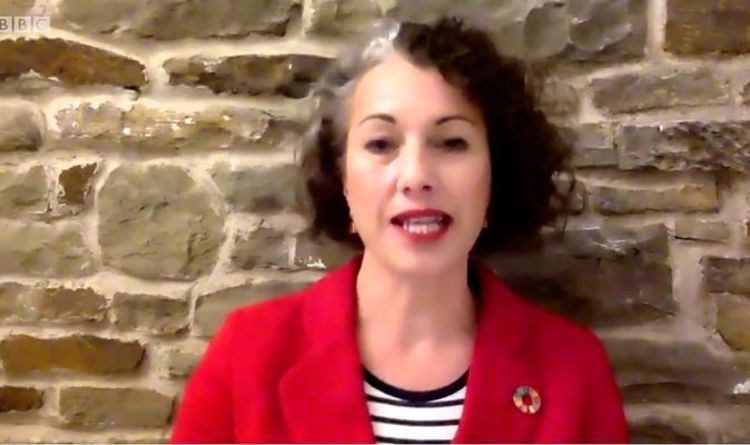 Foreign aid cut 'does not diminish the UK' says MP

On Tuesday, MPs voted to lock in cuts to spending on overseas aid, reducing the budget for international development from 0.7 percent to 0.5 percent of national income. Speaking on BBC Newsnight, Sarah Champion, Labour MP and Commons International Development Committee chair, condemned the Government’s decision as a “political choice”.

Answering a question on needing to balance the cost of the pandemic, Ms Champion said: “Built in the legislation around aid is – as our economy drops so does our proportion of contribution. That was there already.

“But it’s also about making choices and we need to be very clear, this was a political choice.”

She added: “We’re choosing to pay for £200 million for a royal yacht that we don’t need or have any particular desire for and that’s the exact amount of money that this financial year is being cut out of the aid to Lebanon – a country where 80 percent of families can’t afford food and a key strategic country in the Middle East.”

Despite 25 Tories siding with Labour and other parties on the vote, the Government won by 333 votes to 298 – a narrow majority of 35.

The Prime Minister has said the cut was needed to “shelter our people from an economic hurricane never before experienced in living memory”.

Over the pandemic, the Government has spent £407 billion.

The 0.2 percent reduction is estimated to reduce foreign aid spending by around £4 billion.

Labour leader Sir Keir Starmer said the foreign aid cut was “not in the national interest”.

He said: “Every member here was elected on a manifesto promise to retain the 0.7% target.

“Cutting aid will increase costs and have a big impact on our economy.

“Development aid reduces conflict. It reduces disease and people fleeing from their homes.

“It is a false economy to pretend that this is some sort of cut that doesn’t have consequences.”

Many MPs and charities have condemned the decision to slash foreign aid, announced last November, despite the Government’s commitment to keep spending at 0.7 percent in the party’s 2019 general election manifesto.

Touching on the Conservative manifesto, Ms Champion said it “seems to have been thrown on a pyre”.

She added that the £4bn being cut from the foreign aid budget was being added to the defence budget.

Ms Champion further insinuated the Government was prioritising the purchasing of “nuclear weapons” over children’s health.

She said: “We are making choices.

“This isn’t about saving money, this is about some bizarre political posturing and I don’t know what the strategy is behind all of this.

“If I did perhaps I’d be more sympathetic.”

Ms Champion further warned the cut was an opportunity for Russia and China to swoop in and gain power.

Mr Johnson said people should “take pride that the UK will still contribute at least £10bn” to aid.

He added: “This is not an argument about principle.

“The only question is when we return to 0.7% and my purpose today is to describe how we propose to achieve this shared goal in an affordable way.”