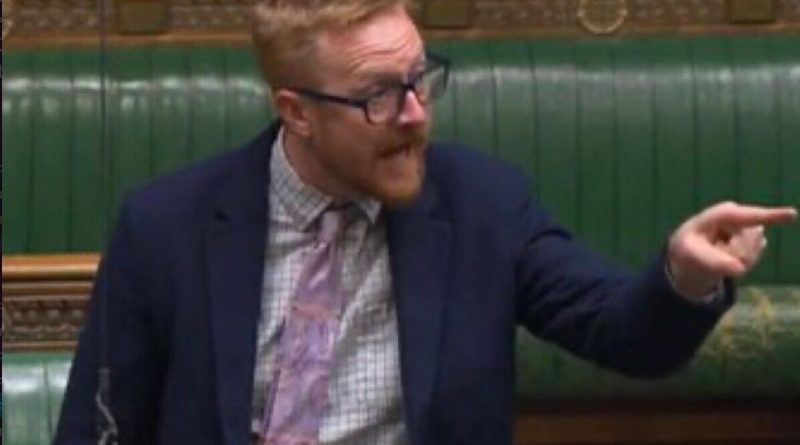 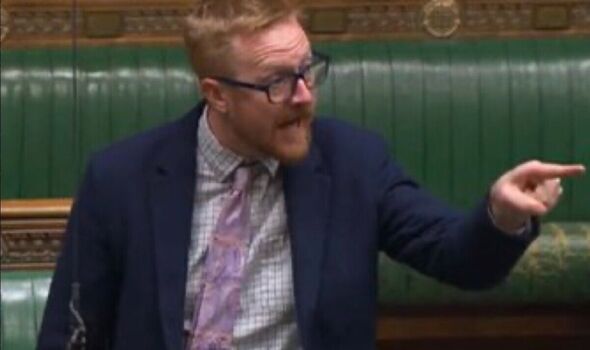 A Labour MP has been accused of “creepy weird behaviour” by another member of parliament following a heated exchange during a debate on Wednesday. Laura Farris, Conservative MP for Newbury, took to Twitter to describe behaviour by Lloyd Russell-Moyle, MP for Brighton Kemptown, after a fiery exchange in the House of Commons between Mr Russell-Moyle and Miriam Cates, the Tory MP for Penistone and Stocksbridge.

Ms Farris tweeted: “I’m so glad this creepy weird behaviour has been called out today.

“Not content with screaming abuse at my friend Miriam Cates after her speech on Wednesday, @lloyd_rm plonked himself onto the Conservative benches to intimidate her.”

The incident took place during a debate around the Scottish Gender Recognition Act, during which, according to the BBC, Ms Cates stated the bill would make it “vastly easier for a predator to get access to children, to change their sex, to change their gender, with an eye to exploiting loopholes of accessing children and women in particular”.

In a fiery reply, Mr Russell-Moyle described Ms Cates’ remarks as “probably one of the worst transphobic, dog-whistle speeches that I have heard in an awfully long time.”

“The idea of linking trans people with predators, frankly, is disgusting and you should be ashamed.”

The MP was subsequently told both to calm down and “moderate his language” by the Commons Deputy Speaker Dame Rosie Winterton, who presided over the debate.

It is understood that Mr Russell-Moyle has written to Ms Cates, calling the tone of his remarks “a mistake”.

Also apologising to the Deputy Speaker on Wednesday, Mr Russell-Moyle said, “I should have expressed my deep disagreement on what I believe is an abhorrent view in a more appropriate way.”

Ms Farris was not the only MP to accuse Mr Russell Moyle of intimidating behaviour.

Paul Bristow MP also tweeted: “I was there and saw Lloyd Russell Moyle bizarrely go and sit close to Miriam Cates on the Conservative side of chamber after his extraordinary outburst.”

“So I moved and sat next to Miriam to support my colleague.”

Initially tweeting footage of his reply to the Miriam Cates’ speech, Mr Russell-Moyle said: “Tonight the Conservatives are attacking the devolved power of the Scottish Parliament and Trans people by preventing the Scottish Gender Recognition Act from becoming law.

“So desperate to find wage culture wars they’re willing to imperil our constitution and attack minorities.

“I heard today one of the most transphobic and bizarre speeches with an MP saying that changing gender can endanger children.

“The idea that a predator has an advantage to work in a school or nursery if they have a Scottish GRC is dog whistle bigotry I could not let stand.” 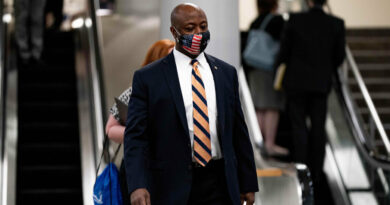 Tim Scott, the Senate’s only Black Republican, will deliver the G.O.P. rebuttal to Biden.